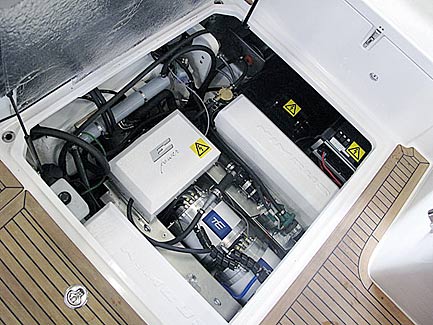 The world is running out of oil. We know that, though at times it’s hard to tell, given the way we continue to buy and behave. When National Geographic magazine published a cover story titled “The End of Cheap Oil”—in June 2004—it was right on. Only a few years later, regular unleaded gasoline at the station had jumped to more than $4 per gallon in the United States, and nearly a buck higher than that at the dock. It’s been estimated that half the world’s oil supply has been consumed in the last 50 years. If true, the end predicted is in sight, if not for all of us, then for our children.

The big question, of course, is: What will replace oil? Natural gas could be a short-term answer. So-called biofuels derived from plants are renewable, but aren’t about to meet the world’s total energy needs. They seem likely to be relegated to supplemental status. The consensus: new technologies must be developed as alternatives to oil. 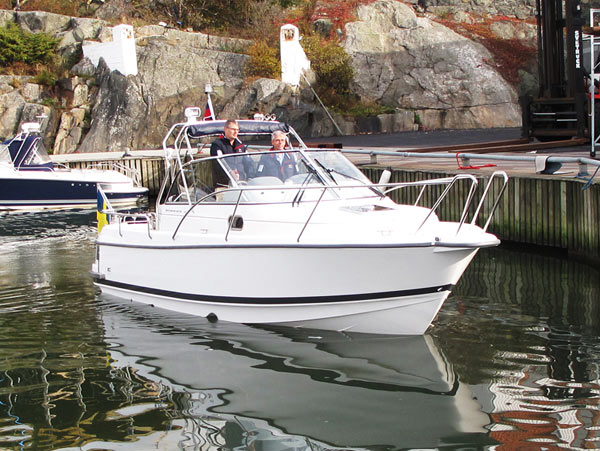 And that brings us to electric-powered boats. They’re not new, but Nimbus Boats, based in Gothenburg, Sweden, claims to be the first to take a “large electrically powered boat from the drawing board to the market.” So says Nimbus managing director Magnus Andersson. The Nimbus 27 E-Power is a stock fiberglass cruiser fitted with a power plant manufactured by Electroengine AB (Uppsala, Sweden), which partnered with Nimbus on the project. The drive is a Duoprop from Volvo Penta. Current performance is said to be a cruising speed of 23 knots and a max speed of 27, a range of 20 nm, and a recharge time—of the lithium iron phosphate batteries, from a three-phase 32-amp 400V source—of around four hours. Bump that to 28 hours with standard European 16-amp 230V. A small internal-combustion generator will get you home, albeit slowly, should the batteries run down. According to Nimbus, anticipated advances in battery technology are expected to soon double performance by some measures. This might seem overly optimistic, but given the pace of recent advances in high-charge/discharge-rate batteries, the claim is not outrageous. (See Nigel Calder’s article titled “Breakthrough,” in Professional BoatBuilder No. 111, Feb/Mar 2008.) 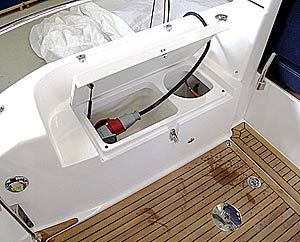 Andersson says the 27 E-Power is the result of a strategic company decision to create a market for boaters who feel strongly about protecting the environment (and are willing to pay a 30%–40% premium). “We see a big market generated by the European inland waterways system, where there is an enormous boat population and where environmental regulations are strict,” he writes

Nothing would ensure the company’s success as surely as government legislation restricting emissions and offering incentives to firms manufacturing clean boats—as well as to their customers. At some point, that seems likely, and Nimbus plans to be ready to take advantage. The boat company hopes to install electric power plants in others of its models, along with those of its Swedish sister companies, among them Storebro, Ryds, and Paragon.

Basking in the glow of such seemingly good news, one hesitates to raise the point, but it needs to be made: Yes, electric motors emit no nasty gases, but how are the batteries that run them charged? By electricity, which is largely (54% in the U.S.) generated by burning coal—one of the absolute worst polluters, responsible for 40% of CO2 emissions, 96% of sulfur dioxide, 99% of mercury….

Getting 400V at 32 amps out of solar panels ain’t going to be easy.

About the Author: Dan Spurr is the editor-at-large of Professional BoatBuilder magazine.