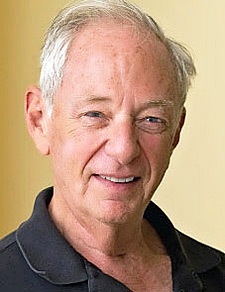 Industry veterans will best remember Chuck Husick as the former head of Chris-Craft, and as author of numerous articles in boating magazines, not the least of which was a Q&A titled “Ask Chuck” for BoatU.S. Magazine. But that gives short shrift to this energetic, intelligent, articulate man, who died September 13 at his St. Petersburg, Florida, home, following a nine-month illness.

Of Husick, BoatU.S.’s Mike Sciulla wrote: “Husick came to the attention of the boating public in the late 1980s when he took the helm of the ailing Chris-Craft. The company had been under scrutiny for months by the BoatU.S. Consumer Protection Bureau for building boats that had delamination problems. Rather than stonewall the allegations, Husick immediately promised to get to the root of the problem and fix things. BoatU.S. officials were so pleased by his forthright, pro-consumer approach that he was the first industry veteran named to the BoatU.S. National Advisory Council, a post he held until his passing.”

Here’s a highly compressed biographical sketch: Born in Brooklyn, New York, Husick graduated from the Polytechnic Institute of Brooklyn in electrical engineering. He served in the U.S. Army Corps of Engineers, active duty in France. Back in the States, he worked in various capacities as an engineer and inventor with several patents to his name: designing computer systems, and telemetry systems for NASA’s Project Gemini. He loved flying and had more than 6,000 flight hours. Among his many jobs in aviation were executive vice-president of Cessna Aircraft Co., and senior vice-president of Fairchild Industries. Taking on troubled Chris-Craft represented a major shift from aviation to the marine sector, where, it turns out, he was equally comfortable and productive.

Husick served as editor of Chapman Piloting & Seamanship, 66th edition, and, as noted, wrote for many boating publications, including Practical Sailor during my 11 years as editor. One of the many topics that intrigued him was lightning strikes, which he described as radio-frequency events; he boldly debunked masthead products that claimed to offer protection by bleeding off ions.

“Husick’s most endearing quality” Sciulla also wrote, “was that he was a tireless public policy advocate for recreational boaters—in many respects the Don Quixote of recreational boating. Convinced that the widespread use of Type I marine sanitation devices would result in cleaner water than no-discharge zones that went unenforced, he hounded everyone who would listen and made more than a dozen trips from Florida to Washington, D.C.—at his own expense—to lobby Congress and the Environmental Protection Agency.”

That is the Chuck Husick I know, and miss.