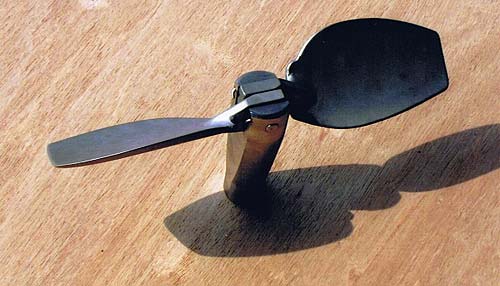 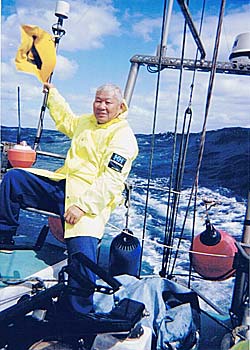 Imai in his element: at sea aboard Titan Lady.

The article on titanium in the August/September 2011 issue of Professional BoatBuilder (No. 132) discusses, in a sidebar, the 42′/12.8m Titan Lady—a sailing cruiser custom built entirely of titanium, including much of the fit-out. She is the only all-titanium yacht we’re aware of. Her designer/builder/owner is Eiichi Imai, whose metal-fabrication facility, Nissei Industrial Co., in Saitama Prefecture, Japan, has been supplying Japan’s shipbuilding industry with piping and other specialty parts since the late 1950s. By the mid-1970s, Imai was experimenting with titanium, having occasionally received orders specifying titanium components. He became increasingly interested in the exceptional properties of this metal for a wide range of marine applications. 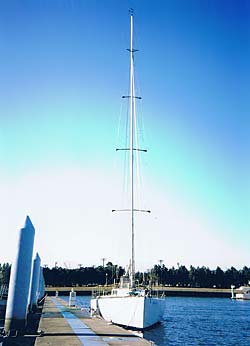 The 42′/12.8m Titan Lady dockside at a marina in Japan. After completing the boat in 1997, designer/builder Imai tested it extensively over the next five years, logging some 5,000 miles of bluewater cruising throughout the North Pacific.

Those properties and boatbuilding applications are the focus of the PBB article, for which we had hoped to run additional images of Titan Lady. Since we did not receive reproducible photos until after the magazine went to press, we’re pleased to post them now. 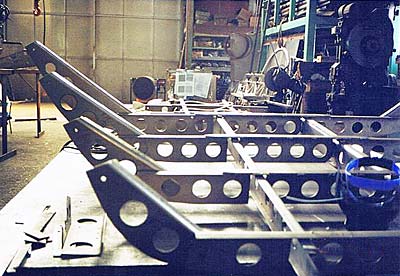 Imai’s sailing yacht at an early stage of construction. Lightening holes enhance an already lightweight structure, made of ASTM B-2655 Grade 2 CP (commercially pure) titanium plate. According to Imai, the round-bottomed hull was built to tolerances within 0.5mm. 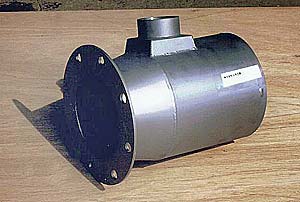 Mixing exhaust pipe. Imai claims its weight is one-sixth that of an identical unit made in bronze. Like his folding and rigid propellers, he has produced these mixing pipes in several sizes, as well as large and small rudders, rudder shafts and roller bearings, mooring cleats, and Kingston valves ranging from 1″ to 4″ (25.1mm to 101.6mm) in diameter—among other boat components. All in titanium, of course.

Note that the boat and its fittings were meant to demonstrate Nissei Industrial’s capabilities with titanium—considered a high-performance metal and thus requiring plenty of hands-on experience in working and forming it. Imai welcomes boatbuilding inquiries (regarding whole boats, power or sail, to 65′/19.8m, or all manner of marine fittings, as well as licensing of parts manufacture, developed by Imai) but cannot speak or read English; he has also recently moved. To reach him, please e-mail Imai’s longtime friend and consultant to the Japan Titanium Society, Hiro Kotaki, and cite this Web article in your correspondence.