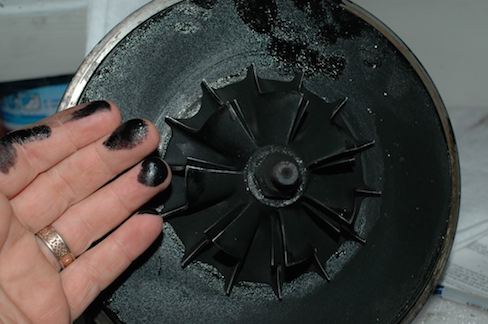 A turbo charger turbine wheel fouled with soot and fuel, the result of chronic underloading.

Many boat owners, and even some marine industry professionals, are under the misguided impression that they are somehow preserving or extending a diesel engine’s lifespan by using only a small fraction of its available power, i.e. going easy on it. In fact, nothing could be further from the truth. While it may at first appear counterintuitive, when a diesel engine is operated frequently and under light loads, it often suffers the consequences.

The combustion chambers of a diesel engine are a harsh environment to be sure. Exhaust gas temperatures, under heavy load, often exceed 1,000°F (538°C), while the pressure may be more than 20 times that of the ambient atmosphere. That temperature and pressure, however, is at the very heart of the diesel cycle, or combustion process; without it a diesel engine simply would not run. When a diesel engine is loaded properly, piston rings seat and seal more effectively, ensuring proper cylinder compression, easier starting, and reduced blow-by. Blow-by is a phenomenon wherein combustion chamber gasses, which include soot, water vapor, and unburned fuel, pass by the rings and enter the crankcase, contaminating the oil inside; more on that in a moment. 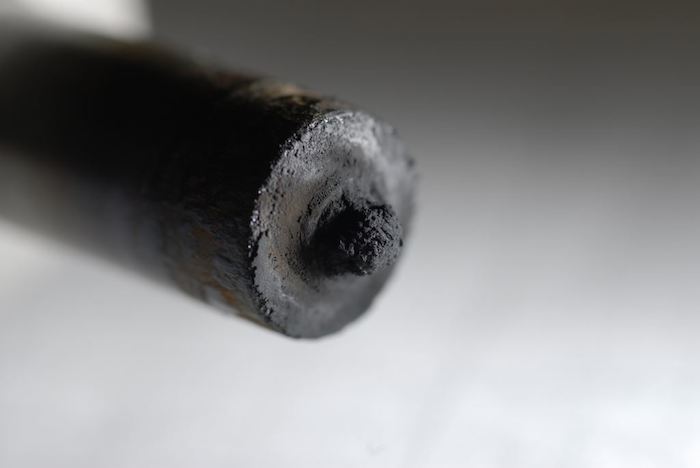 Soot accumulation on an injector nozzle such as this upsets fuel atomization, leading to hard starting, smoke and poor performance. This formation is almost certainly a result of long periods of low load operation.

Extended light loads, on the other hand, can cause exhaust temperatures to drop significantly, 400°F (222°C) is not unusual, while piston rings seat less effectively. These less-than-ideal conditions created by idling or cruising at slow speed lead to a variety of maladies, including accumulation of carbon/soot at piston rings, exhaust valves, and in exhaust manifolds and injection elbows. Light loads can also cause “wet stacking” wherein unburned fuel is deposited, then accumulates, and eventually carbonizes, within exhaust systems and turbochargers. This soot formation, particularly around piston rings, leads to increased blow-by.

Because light loading reduces the effectiveness of the seal created between the piston rings and the cylinder walls, yet another undesirable side effect rears its head: cylinder wall glazing. When an engine is manufactured, cylinder walls include fine diagonal grooves known as a “crosshatch,” which is designed to retain oil. The oil is sprayed onto cylinder walls beneath the piston, providing lubrication for the rings and piston skirt, as well as enhancing the compression seal. In the absence of the crosshatch, less oil is retained on the cylinder walls, further exacerbating blow-by. 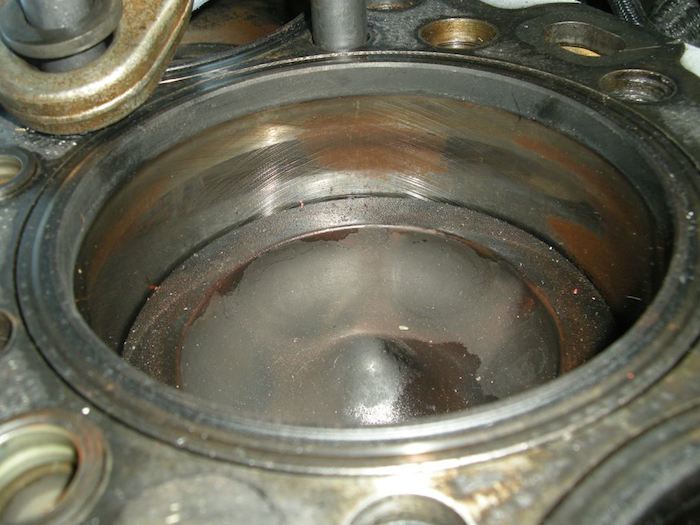 The grooves that retain oil in a cylinder wall, known as crosshatch, can be seen here. Frequent light load operation can wear away this pattern; known as cylinder glazing, it exacerbates blow-by and the issues that accompany it.

As if the above issues were not enough reason to avoid chronic underloading, there’s more. Regular low load operation causes oil to run comparatively cold; it may be as low as 150°F (66°). At that temperature, moisture, an oil contaminant, does not vaporize readily. Ideally, oil should operate at no less than 180°F (82°), and no more than 225°F/107°C (excessively high oil temperature hastens oxidation and degradation). Furthermore, excessive blow-by rapidly depletes lubricating oil’s additive package, additives that contend with soot particles, and acid. Blow-by byproducts also lead to increased oil viscosity (if oil is too thick it will not flow properly, especially when cold) and sludge formation. When this occurs, an engine is said to be, “throwing sludge.” Excessive sludge can impede oil flow to bearings, or through small orifices or jets, like the ones used to spray oil onto cylinder walls, leading to oil starvation, glazing, and rapid wear. Sludge is viscous, and tar or grease-like, it can often be seen without engine disassembly, on the inside of oil fill caps and on valve trains.

The numerous detrimental side effects caused by chronic under-loading can be avoided by properly matching a vessel’s propulsion engine to its hull form and intended operation. Many displacement vessels cruise at 7–12 knots, using just a fraction of their available power. While some additional power, for dealing with head seas or engine accessories such as hydraulic power take-offs or high output alternators, is desirable, displacement vessels are notorious for being grossly over-powered. The majority of the time, the excessive horsepower offers little if any advantage, and applying it simply causes the vessel’s stern to dig deeper into the water. 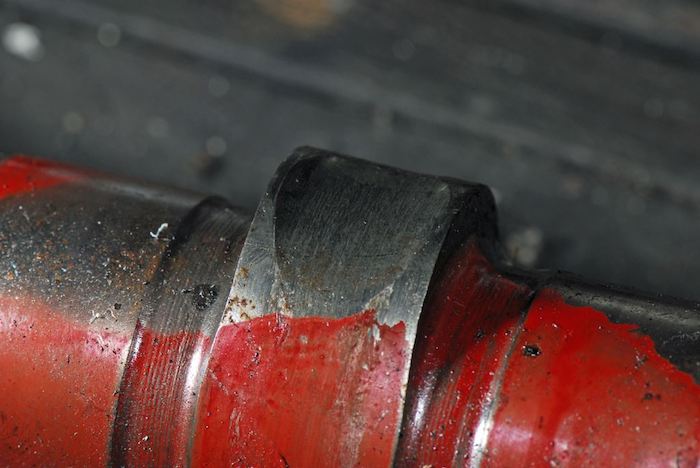 A heavily worn camshaft lobe. Chronic underloading can lead to sludge formation within oil galleries, which in turn can lead to oil starvation, and excessive wear.

For vessels already stuck in the overpowered, underloaded scenario, I recommend periodically operating at higher load. Running at 75% power for 10 to 15 minutes out of every four hours, for instance, can help offset oil over-cooling and soot accumulation in combustion chambers. Routine oil analysis, a veritable prerequisite for every diesel engine, will also highlight under-loading side effects.

All of the aforementioned details apply equally to diesel generators that are routinely under-loaded. This scenario is common aboard vessels equipped with air conditioning, for which the genset must be sized, and frequently leads to premature failure of generators, often after less than 2,000 hours. Yet, when the same model genset is used in a commercial application, and thereby heavily loaded, it may last for 10,000 or 20,000 hours. When air conditioning isn’t needed, it’s virtually impossible to properly load a generator that’s sized for this load. While it’s more costly, equipping a vessel with two different sized gensets allows them to be more appropriately loaded under a range of conditions. Alternatively, using an inverter that carries start-up loads of motors and compressors can make it possible to use a smaller generator, one that can operate under higher, and therefore more efficient, load.