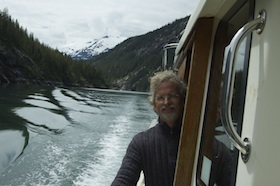 Yachtsman David Smyth is the president of the group that acquired the Westlawn Institute of Marine Technology last December.

A West Coast sailor heard the alarm sounded in PBB No. 152 warning that the Westlawn Institute of Marine Technology was about to be cast adrift by host American Boat & Yacht Council (ABYC). The Rovings item, “Mayday Call from Westlawn” on page 8, reported that the program was a financial drain on ABYC, and a buyer for the 85-year-old distance-learning school was being actively sought.

The new president of the group that quickly engineered the transaction just before the end of 2014 is David Smyth of Los Angeles, California. In an e-mail to PBB, Smyth emphasized these points:

The acquirer is not an established institution, but rather a collection of individuals determined to see the school grow and adapt to the changing technologies not only of yacht design but of teaching and learning, too. 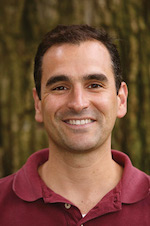 James Tangorra, assistant dean of engin­eering at Drexel University, will be Westlawn’s provost.

“We are adopting titles that are used in the educational institutions of U.S. and English-speaking countries, as Westlawn has always had a large percentage of students from all over the globe, and Westlawn now has principals in England, East and West Coast U.S., and Australia. We will be expanding our international presence.

“Chancellor and chairman of the board is Tony Lawson. Tony is an extremely successful businessman, who has developed superyacht marinas, shipyards, shipping companies, boatbuilding companies, resorts, shopping centers, and ranches. He has won Antigua Race Week, and leads Team Concise and Forty (1) Design. As chancellor, Tony is responsible for the strategic direction of Westlawn.

“Provost is James Tangorra, assistant dean of engineering at Drexel University [Philadelphia, Pennsylvania], where he stays abreast of the latest developments in education and is responsible for improving engineering instruction and effectively utilizing online learning technology. His laboratory at Drexel does leading-edge research in bio-mimicry: actually understanding in great detail exactly how biology does things like swim, walk, and see. James then applies these breakthrough discoveries to automated under-water vehicles, primarily for the U.S. Navy. As provost, James is responsible for how Westlawn teaches students.” 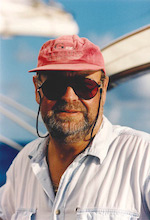 Tony Lawson, who sponsors Team Concise in the United Kingdom to develop new sailing talent, will serve as Westlawn’s chairman of  the board.

Smyth, 57, is vice chancellor and president, and describes himself as “a lifelong yachtsman, passionate or even obsessed by all things to do with boats.” He took the basic Westlawn course in the mid-’70s. A computer scientist, his research includes fault tolerance, networking, distributed computing, fractal databases, specialized programming languages, object-orientation, communication protocols, and robotics. Software he implemented is running on the Mars rovers.

Smyth, who notified the school’s current 100 or so students of the change by e-mail in early January, assures that the current instructors “will continue supporting our students.” Past director and CEO Dave Gerr “will be involved in education, authoring, and editing,” writes Smyth. Previously titled as instructors, Mark Bowdidge of Brisbane, Australia, and Eric Holohan have been dubbed senior adjunct professor and adjunct professor, respectively. Holohan, who holds a degree in naval architecture from the State University of New York Maritime College, also works with Magnuss LLC, a Bermuda firm developing the Vertically Variable Ocean Sail System (VOSS) that augments ship power as wind passes over specially designed vertical cylinders.

In a recent interview, Smyth spoke excitedly about developments in the way knowledge is acquired, saying that information in books is static, while in today’s world that information is “more fluid, continuously changing.” And Westlawn should be able to share cutting-edge technologies with its students as they occur. He pointed to EdX, the “massive open online course” (MOOC) learning platform developed by MIT and Harvard University in 2012 that may revolutionize learning opportunities for people around the world.

Dave Gerr says he’s happy the school has found a way forward and is pleased to continue his involvement as a professor. Website www.westlawn.edu.