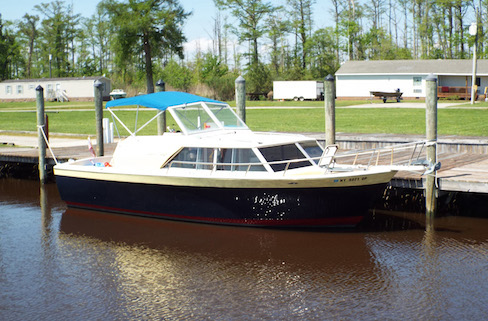 The restored JB moored in the Alligator River, Virginia, a peaceful moment during a somewhat eventful journey from Florida to New York City.

On April 10, 2015, Tony Bianco, JB, and I departed Riverside Marina in Fort Pierce, Florida, and headed north. I had restored JB—a 1965 Chris-Craft Commander 27—for Bianco over the past two winters, and we were taking her home to City Island, New York. JB had never been taken anywhere for a decade. She was a “hurricane boat”—abandoned after Hurricane Wilma devastated the Florida coast in 2005 (see “Back from Abandoned,” in Professional BoatBuilder No. 156 and Rebuilding Titles: 5 Steps).

We had stores on board for what we figured might be a three-week trip, with jerricans for extra fuel and water. I brought my “traveling” toolbox, and many spare parts. We took things pretty easy at first, simply because JB was still an unknown entity. At anchor, I made a careful inspection, and found the aft bilge pump running but not moving water. I drilled a 1/16” (1.6mm) hole in the one-way valve to release trapped air, and the pump worked fine.

After gaining confidence that all systems were really going to work, we began to run around 10 hours a day, at 13 to 15 knots, covering anywhere between 75 and more than 100 miles. The first time we ran the fuel tank below one-quarter full, the engine quit. It turned out that JB’s running angle when planing caused the fuel to shift aft in the tank, while the fuel pickup is forward. We also replaced the heat exchanger cap, which was leaking. 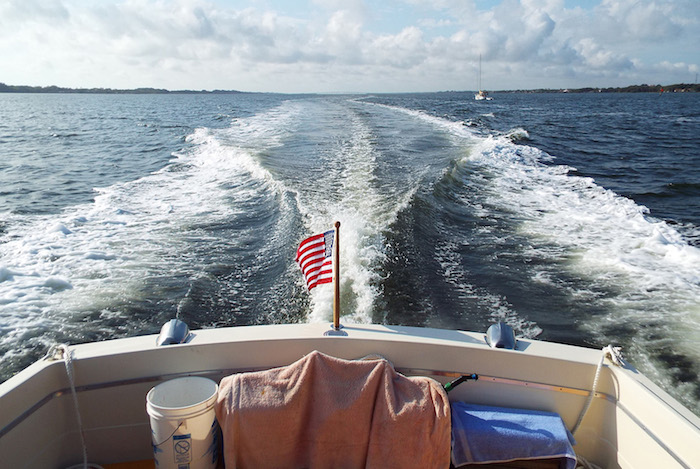 We were boarded by the USCG in St. Simons Sound, Georgia, and passed a Routine Safety Inspection. Georgia was in spring bloom, and we alternated stopping in marinas with anchoring in peaceful creeks.

The weather changed abruptly to cold, windy, and rainy at Charleston, South Carolina. It remained moody as we approached Albemarle Sound in Virginia. We crossed the choppy sound at 3,200 rpm, making a speed of about 17 knots, having learned that the Commander performed better in wind and waves if you “got up on top of it.”

Then disaster struck. Actually I struck … a submerged tree in the canal between Albemarle and Chesapeake Bay. We limped into Atlantic Yacht Basin (AYB)—a reputable boatyard in business since 1936—specializing in vintage wooden powerboats as well as underwater damage.

Our damage required a new rudder and strut, which were in stock at Chris Parts. Bobby, our mechanic at AYB, located a new prop for us. We completed the repairs over a long weekend, and Bianco’s insurance picked up all but the deductible. While hauled out, I adjusted the trim tabs downward about 7°, and during sea trials, JB cruised at a flatter angle, and the new components gave us improved performance.

We ran up Chesapeake Bay, through the C & D Canal, and down Delaware Bay in two long days. Delaware Bay was kicking butt, and running it was the roughest ride on the whole trip. In Cape May, New Jersey, Bianco became very sick and had to go to the emergency room. Tests were inconclusive, and he gradually recovered. 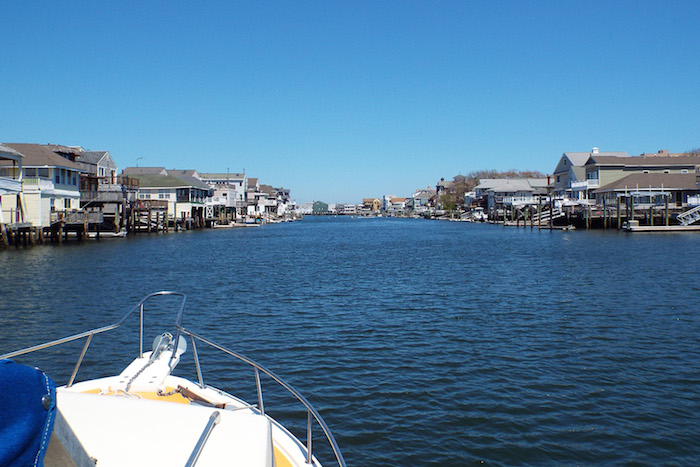 Cruising the New Jersey Waterway was lovely, especially the canal homes in Ventnor City. We spent a night at the David Beaton Boatyard in northern Jersey—a charming place full of beautiful old boats that time seemed to have forgotten.

JB’s height above water (less than 11’/3.4m) enabled her to go under nearly every bridge in the ICW, saving time and aggravation. 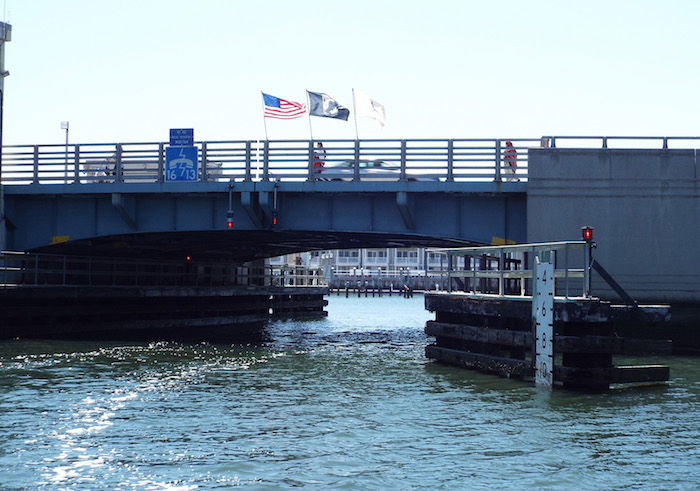 Low bridge? No problem for JB!

We went to sea at Manasquan Inlet, the northern end of the New Jersey Waterway. There was a 5’ (1.5m) northeast swell running, with 1’ to 2’ (0.3 to 0.6m) waves from the south, but JB took it in stride. We entered New York Harbor and actually surfed down the swells, blowing out big clouds of spray as JB nosed into the troughs! 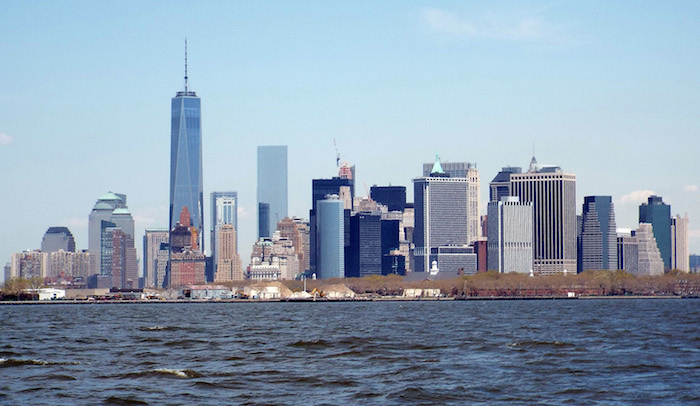 The Manhattan skyline is a different experience from the water; Governors Island is in the foreground. 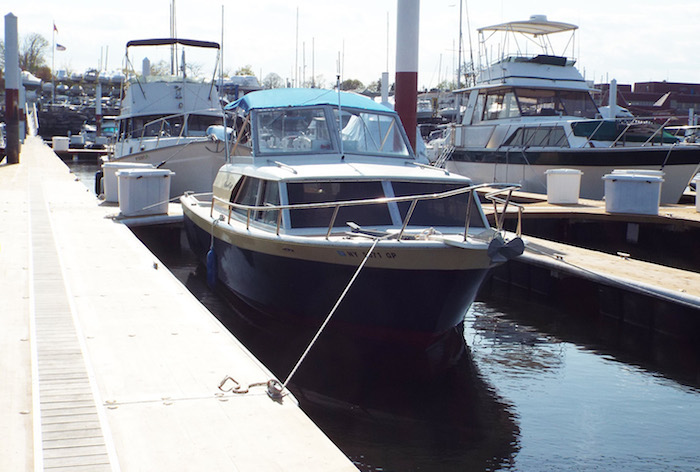 JB in her slip at Minneford’s on City Island, Bronx.

Read “Back From Abandoned” by Reuel Parker in Professional BoatBuilder No. 156; the magazine is free for qualifying members of the marine industry. Subscribe here.