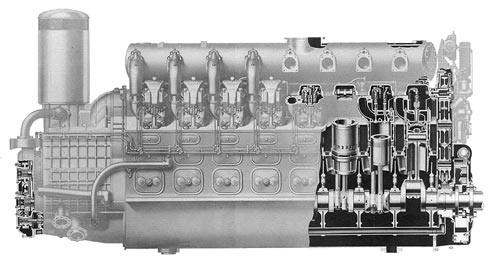 Drawn in the 1940s, this cutaway of an engine exemplifies the high quality of mid-century technical manuals, this one from the Cleveland Diesel Engine Division of General Motors.

If you’ve had the pleasure of using a marine or auto-motive engine-service manual written any time through the 1970s, you may have asked yourself where have all the good service manuals gone. I was recently reminded of this while reviewing a few manuals on my bookshelf, from among others: General Motors, Perkins, Mercury Marine, OMC, and Gray Marine.

In the earlier versions—those originally written from the 1940s through the 1960s—the three-dimensional hand renderings are works of art. They are clear, accurate, and provide the necessary insight into the parts that users are working with or looking for. The time and effort involved in producing these was no doubt considerable, and it shows.

The prose in many of these texts is also worthy of note, representing the very best, accurate, and concise technical details. In short, the writing, grammar, and organization are all good and make for easy and even interesting reading (at least for gearheads). Opening paragraphs for each chapter often explain the overall design and operation of the engine, or a particular system, rather than immediately delving into repair and service operations.

For example, from a GM diesel-service manual: “Cylinder and cylinder liners. The cylinder is the enclosed space in which the mixture of air and fuel is burned. A cylinder may be constructed of a varying number of parts among which the essentials are the cylinder jacket, the cylinder liner, and in most cases the cylinder head. In most designs the space between the cylinder jacket and the liner is cored to carry circulating water for cooling purposes.” This introduction educates the reader, and raises his or her understanding of, and comfort level with, the component. Simply put, technical writers of the day had a way with words—a skill that appears to be on the decline. 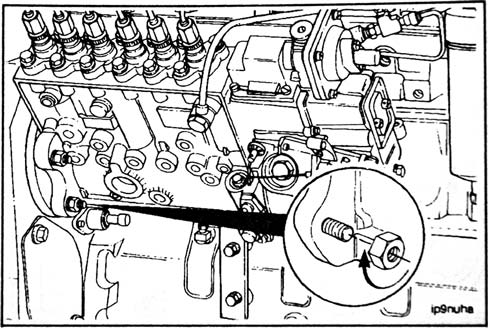 A detail from a current Cummins Marine manual. The company’s printed manuals are exceptions to the general decline in quality of service publications.

Somewhat later manuals include numerous quality black-and-white photos. Having cut my mechanic’s teeth on the manuals produced by Mercury Marine, I’m partial to them, and I assumed, wrongly as I was to discover later, that this was the format for all marine service manuals. Among other valuable features in Mercury’s manuals is the section at the beginning of each chapter alerting readers to the tools, sealants, and other materials needed to complete the tasks in that section. That component is so useful I mimicked it when writing procedure guidelines for the techs I supervised when I managed a boatyard.

The engines and gear of the mid-1900s were far less complex than today’s products, yet manufacturers recognized the value of high-quality technical literature. Operating expenses and overhead (a category into which technical literature falls) continue to rise, and sensitivity to that expense is higher than ever. As a result, many manufacturers often perceive technical manuals as an area in which they can invest less.

Low-quality technical literature can inhibit service technicians from proper and efficient maintenance and troubleshooting. I see this play out all too often; gear is released into the market without adequate technical support, training, and written material (both print and electronic). The result is nearly always the same: frustrated technicians and customers, and waning sales, regardless of product quality.

The news isn’t all bad; some manufacturers continue to produce well-written, detailed, and properly illustrated technical publications. Cummins Marine, for instance, produces a 161-page illustrated Application and Installation Direction manual that sets a standard for usability and ease of understanding for boatbuilders and engine installers. Caterpillar’s equivalent manual, at more than 200 pages, is equally useful.