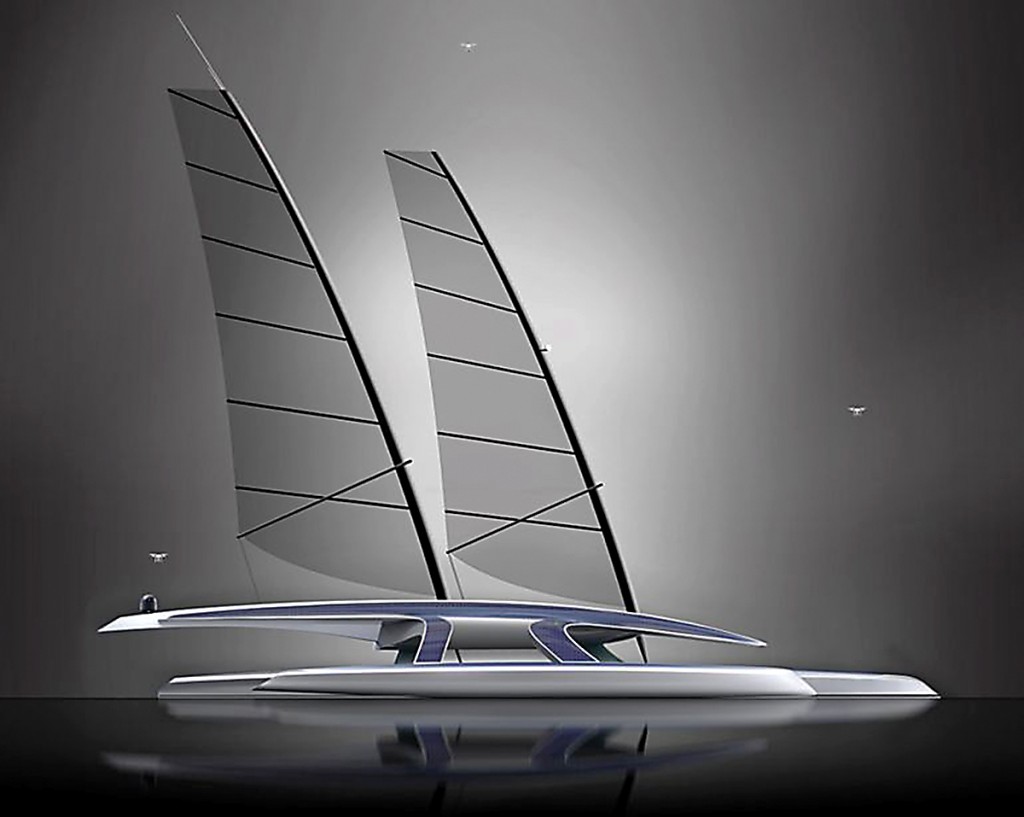 The developers of the Mayflower Autonomous Research Ship, or MARS, hope the drone will be ready to sail across the Atlantic by 2020 to commemorate the 400th anniversary of the original ship’s historic voyage.

The drones are among us. And we’re not entirely sure if it’s cool or scary. Online retailer Amazon wants to deliver packages to your door with pterodactyl-like drones. A commercial airline pilot protested that a drone was nearly on his windshield while he was trying to land. On the water, they aren’t called drones but rather autonomous craft. If they don’t yet have quite the maneuverability and ability to execute human commands, they soon will. 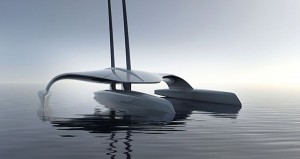 Concept renderings of the MARS craft forecast a multihull with two masts and wishbone booms to simplify sail handling.

In PBB Nos. 133 and 136, we reported on the development of a foiling catamaran, the X-1 and X-2 Harbor Wing, a so-called autonomous unmanned surface vessel (AUSV) that is enjoying the support of the U.S. Navy (www.harborwingtech.com). Possible service includes surveillance and research. Other researchers, including university engineering students here and abroad, are working on similar sailing craft with the ambition of going transatlantic. Indeed, an impressive Pacific crossing—San Francisco to Hawaii—has already been achieved by the wind- and solar-powered SD-1, developed by Saildrone.

Another ambitious project has been initiated by three United Kingdom businesses: veteran multihull designer John Shuttleworth, Plymouth University, and MSubs, a company specializing in underwater craft, including unmanned vehicles. It’s called MARS, for Mayflower Autonomous Research Ship, and its aim is to cross the Atlantic in 2020 to commemorate the 400th anniversary of the original Mayflower’s historic passage. It’s big: 106‘ x 55‘ (32.5m x 16.8m). The plan is to use a combination of sail power and an electric motor providing speeds up to 20 knots. Hull construction is projected to be a composite of fiberglass, aramid fibers, and foam, with a carbon deck. The thought is to engage the vessel in meteorological, climatologic, and oceanographic research along the way. Challenges awaiting include navigation and collision avoidance. Websites www.shuttleworthdesign.com. www.msubs.com.