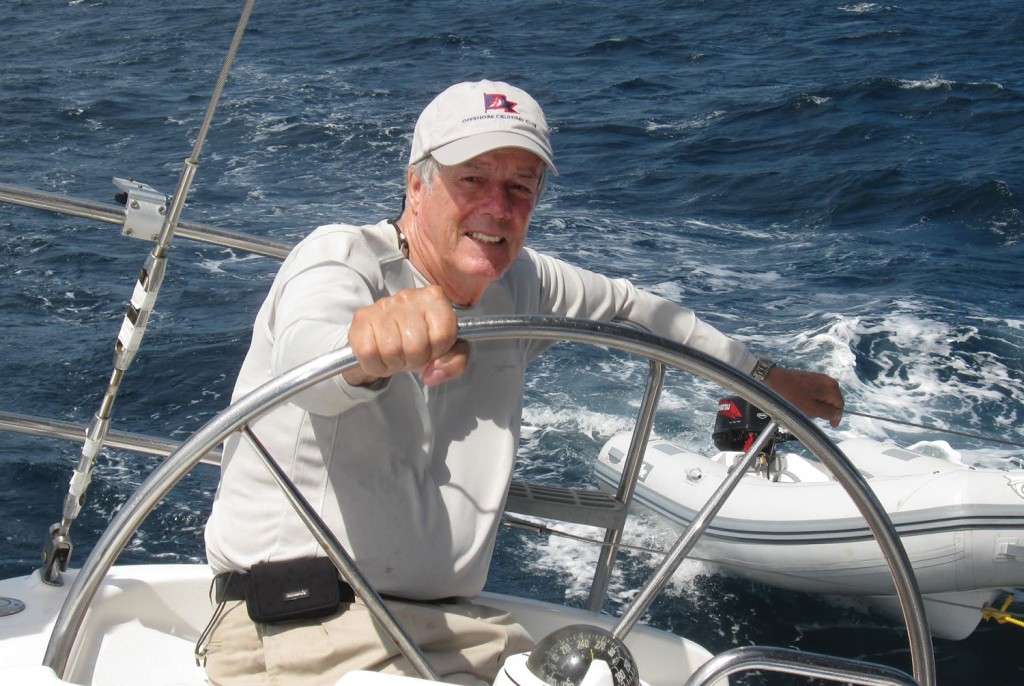 Steve Colgate was recently inducted into the National Sailing Hall of Fame for his contributions to the sport, principally because tens of thousands learned to sail at his 49-year-old Offshore Sailing School.

Among the 2015 inductees into the National Sailing Hall of Fame (NSHOF) was Steve Colgate, who probably has been more successful at finding ways to “grow boating” than many of the national industry campaigns. And his secret? Education.

After earning a degree from Yale University, followed by a stint in the U.S. Air Force, and time at a marine supply store in New York City, in 1964 Colgate founded the Offshore Sailing School. The business now has eight locations and a fleet of more than 40 Colgate 26s (7.9m), designed by Jim Taylor and Colgate especially for training. He’s also the author of nine books on learning to sail; and programs he and his wife, Doris, developed have taught more than 130,000 people.

According to Roger Vaughn, who wrote the brief biographies for the NSHOF, during the 1979 Fastnet Race, which claimed 15 lives, Colgate was skippering his own 54‘ (16m) Sleuth and won his class. Winds were 80–85 knots and the seas huge. “That dangerous day at sea, Steve Colgate established a rule that is now widely practiced offshore: go below and someone will then unclip your safety line; pass the safety line up and someone will clip you in before you come on deck.”

Inductees must be American citizens, 45 years of age or older, who have made a significant impact on the growth and development of the sport in the U.S. in the categories of Sailing, Technical/Design and Contributor (coach, admin-istrator, sailing media). Website www.nshof.org.