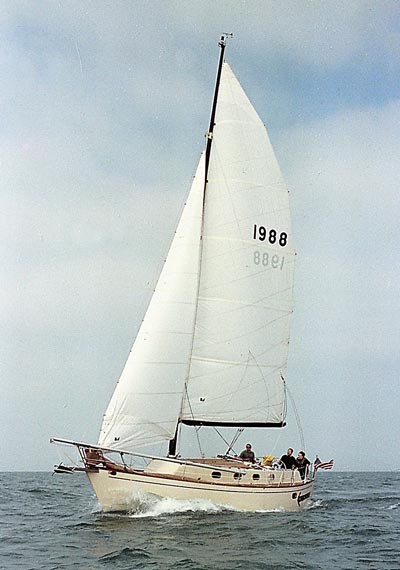 Eric Sponberg and his wife, Arliss Ryan, bought his first design commission, Corroboree, a 35′ (10.7m) wood-epoxy sloop, from its original owners, and plan to take her first to the Caribbean and then . . .

A longtime contributor to Professional BoatBuilder as a writer and to IBEX (International BoatBuilders’ Exhibition & Conference) as a speaker, naval architect and marine engineer Eric Sponberg is taking down the shingle and going sailing. He and his wife, Arliss Ryan, bought his first design, a 35′ (10.7m) sailboat built of kauri, from a friendly client who’d had the boat built in 1988. He closed the office at the end of 2015 and in the fall of 2016 plans to sail from home waters of St. Augustine, Florida, and south to the Caribbean before embarking on a world cruise. The two are no strangers to life at sea, having cruised a 27′ (8.1m) sailboat in Europe, the Mediterranean Sea, across the Atlantic Ocean, through the Panama Canal, and north to California, covering 11,000 miles in one year—1977.

A 1971 graduate of the University of Michigan, Sponberg first worked with Exxon International in the tanker design division, assigned to offices first in New York City and then in England. In California he opened Sponberg Yachts, but after a year moved east to become technical editor for Cruising World magazine, in Newport, Rhode Island. Next stop was as chief engineer at Tillotson-Pearson Inc. (TPI), builders of J Boats, in nearby Warren; then at Alden Yachts, and at Freedom Yachts, he helped develop unstayed carbon fiber spars. In fact, they became a specialty. Believing that the word unstayed might scare off potential customers, he coined the term free-standing mast. 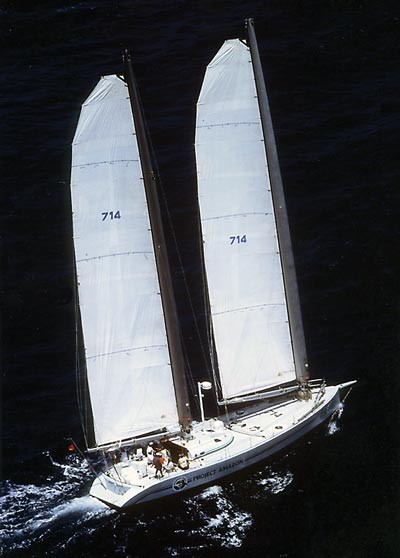 Sponberg designed the aluminum cat-ketch Project Amazon to compete in the 1998 Around Alone Single­handed Race. She featured free-standing carbon fiber spars, for which Sponberg may be the preeminent authority.

In 1981 he again opened his own full-service design-and-engineering office, which he described as “completely computerized with 3D hull surface modeling, and 2D drafting.” As a licensed professional engineer, he added forensic engineering services to his specialized areas of expertise. During his time in Rhode Island he taught small craft design at Roger Williams University, wrote extensively for boating magazines as well as technical papers for the Society of Naval Architects and Marine Engineers, and was active in various related organizations such as The Landing School, Museum of Yachting, and the Inter-national School of Yacht Restoration. He was a frequent presenter at IBEX over a 20-year period: 1993–2013.

When asked which achievements he is most proud of, Sponberg cited two articles in PBB. Of the first, titled “Project Amazon and the Unstayed Rig,” in No. 55, he said, “This was my tour de force for documenting the science and state of the art of free-standing (unstayed) rig design. It was a benchmark article for free-standing rig design. After leaving TPI and beginning work on free-standing rigs independently … I determined to write two articles about them. The first was a technical paper for the 6th Chesapeake Sailing Yacht Symposium, called ‘Design and Engineering Aspects of Free-Standing Masts and Wingmasts.’ This was published in January 1983 in the symposium proceedings. The other article was a layperson’s version of the same topic, published in SAIL magazine, October 1983, called ‘Engineered to Stand Alone.’ I don’t know of anyone else who used the term free-standing mast before those articles came out.” 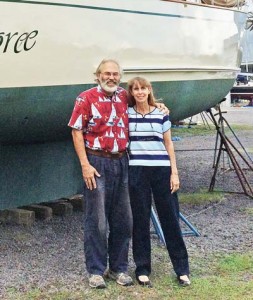 The second PBB article was “Case Study in Lightweight Engineering,” No. 79, which featured Sponberg’s design for the 44′ (13.4m) Bagatelle, built in wood-epoxy. It was also the cover story and the only PBB cover that utilized a drawing rather than a photograph. Sponberg says his drawing of the armature in the keel bulb/blade was so difficult for our art department to make “look right,” they vowed never to do it again. (And we haven’t!)

Sponberg says he remains available for select work through the end of 2016. As is commonly said in these situations: Fair winds and following seas!