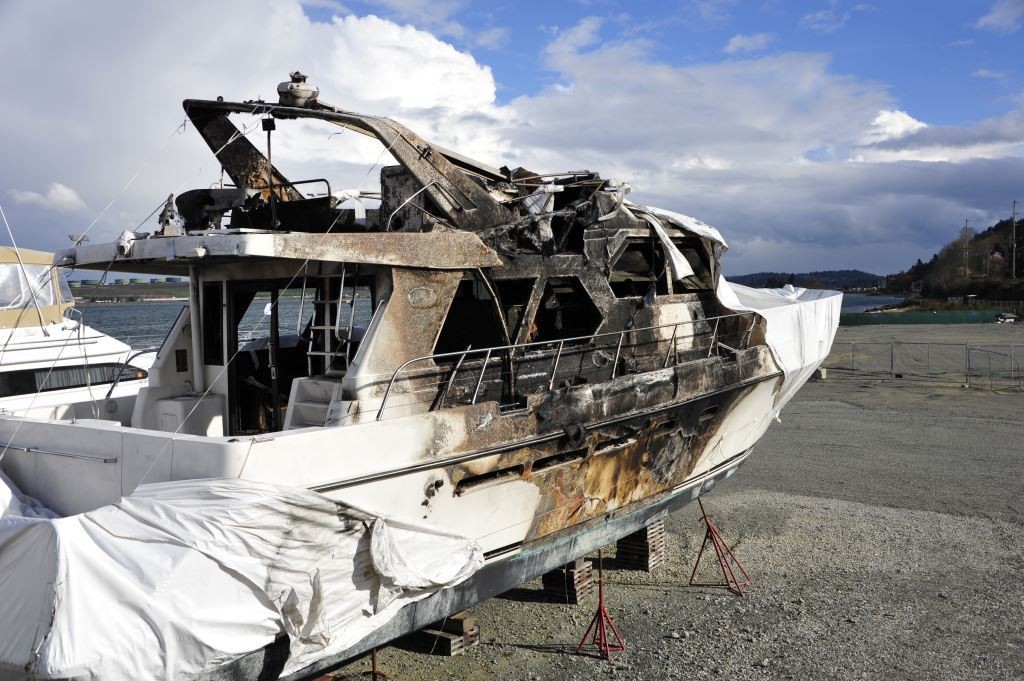 You would be hard-pressed to find a home, school, workplace, plane, train, or ship that isn’t equipped with smoke detectors, yet these inexpensive life-saving alarms remain the exception rather than the rule aboard recreational vessels. Smoke detectors are the first and possibly most important line of defense against the dangers of flame as well as toxic smoke from burning modern boatbuilding materials. But for whatever reason, few boat owners think of this, which means the onus is on you to recommend installing onboard smoke detectors.

The following is a quick comparison of the different types of devices, recommendations for onboard installation, and other considerations.

There are two primary types of smoke detection: Photoelectric relies on the reflection of a light source as smoke enters its beam. With ionization a small amount of radioactive material ionizes the air between two electrically charged plates—a process that smoke disrupts. The latter is more responsive to flaming fires, while the former is better at detecting smoldering fires. Based on my experience and discussions with other marine professionals, the photoelectric method is the most reliable for a wide range of fires, and makes the most sense for marine applications, where a fire’s early stages are frequently smoke intensive. Units that use both ionization and photoelectric are available, too. 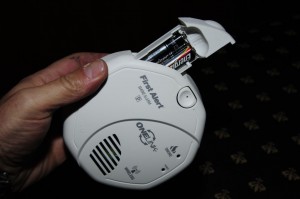 The primary liability of household smoke and CO detectors, both ashore and afloat, is the need to replace batteries. Establish a firm reoccurring replacement date, coinciding with perhaps oil changes or spring commissioning.

Unfortunately, inexpensive smoke alarms that operate from the vessel’s own DC power are not readily available; the hard-wired systems referenced below are better suited to larger vessels with continuously energized AC systems. Thus, we are forced to use the internal battery- powered variety (some use two AA batteries, others 9 volt). No big deal, you might say; household units work just fine by sounding that annoying impossible-to-ignore chirp for weeks when the battery begins to fail. However, most homeowners don’t vacate their homes for months at a time. If the battery dies during one of those extended periods, it’s possible boat owners will return to a nonfunctioning alarm, so it’s critically important to test the unit monthly and replace batteries annually for all smoke detectors aboard.

Most battery-powered, self-contained household smoke detectors last eight to 10 years. Higher quality units emit an end-of-life warning when 10 years have nearly passed. For marine use I’d follow a 50% safety margin and replace them every five years. Incidentally, many of the carbon monoxide (CO) detectors I encounter during vessel inspections have passed their expiration dates.

Alternatively, choose a smoke alarm that includes a permanently installed 10-year battery, which conveniently coincides with the unit’s useful life (see “Rovings” in Professional BoatBuilder No. 151). 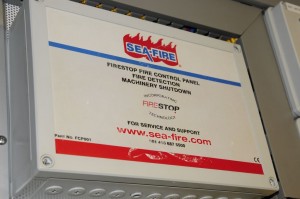 Fixed, hard-wired, central station systems are, of course, more costly than stand-alone, internal-battery-powered units, but they afford greater protection, notification, and versatility. Available from several manufacturers, these systems are also an option with many vessel-wide monitoring systems, which have become increasing popular aboard vessels as small as 35’ (10.7m). Some even include a Wi-Fi or cellular link that automatically sends a text or e-mail to an owner, crew, marina, or boatyard personnel.

The Coast Guard requires that smoke detectors/alarms be installed in the sleeping compartments of inspected vessels (those carrying paying passengers). Under CG guidelines, the smoke detector should meet Underwriters Laboratories standard 217. The National Fire Protection Association also calls for adherence to UL 217 in vessels over 26’ (10.7m). I’d say any vessel with a cabin where people could sleep should be equipped with one or more smoke detectors.

Interestingly, UL 217 is designed for recreational vehicles, or RVs, not boats. However, its surprisingly stringent testing criteria include high humidity, temperature extremes, and extended-duration salt-spray testing.

In many cases, units that don’t meet the UL 217 RV standard have highly desirable features for cruising vessels. Two such units by Kidde and First Alert utilize wireless technology to trigger every smoke alarm aboard. When the engineroom unit senses smoke, it sounds the alarm in other units throughout the vessel. These are also available in UL 217 RV-approved models. One manufacturer I recommend is MTI; its compact battery-operated unit comes with a five-year warranty. 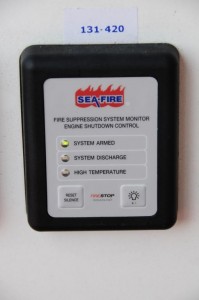 Smoke alarms provide early detection—and an opportunity to fight a fire—using a fixed fire extinguishing system in this case, before it rages out of control.

Whichever units you choose, install one on both sides of every door in all berthing areas, so a closed door doesn’t prevent an alarm from sensing smoke and sounding. While this list may vary from vessel to vessel, here are recommended alarm locations:

Because the majority of recreational-boat fires are electrical, installing smoke alarms behind electrical panels, in lazarettes, and over battery banks makes good sense. After recommending and installing radio-frequency (RF) wireless units for several years, I know of at least two occasions when the system alerted those on board to an impending engineroom fire, while under way, long before it would have otherwise been noticed.

On the packaging of some smoke alarms there is a prohibition against engineroom installation. The reasons are somewhat unclear; I suspect they include the increased likelihood of false alarms and the ever-present legal liability. Enginerooms can experience significant off-gassing, which can trigger an alarm, but the gases usually dissipate after the first 25–50 hours of new-engine use.

For years I’ve advocated installing proprietary marine hard-wired carbon-monoxide detectors instead of battery-powered household units, for two reasons. First, a function called time-weighted averaging prevents nuisance alarms caused by momentary CO exposure, thereby avoiding regularly sounded false alarms that will soon be ignored. Second, because these CO detectors operate from the vessel’s battery banks, they will function whenever the vessel is operational (if the batteries are dead, it’s unlikely anyone will be staying aboard for long).