It has been more than six years since PBB’s editor, Aaron Porter, and then technical editor, Bruce Pfund, visited Green Marine in Southampton, U.K., so now seems like a good time to update readers on recent developments in the shop.

To recap, Green Marine was founded in 1982. Since then it has built more than 180 composite boats, including some particularly high-profile race designs such as TP52s, Open 60s, Mini Maxis, multihulls, challengers for the America’s Cup, and Volvo Ocean Race boats. Currently it is busy building America’s Cup catamarans for Sir Ben Ainslie’s U.K. challenge.

In 2008, PBB visited the day after the company announced it was transferring construction of lifeboats for the Royal National Lifeboat Institute (RNLI), including its Lymington factory and associated workforce (representing roughly a third of the company’s business at that time) to the RNLI itself. 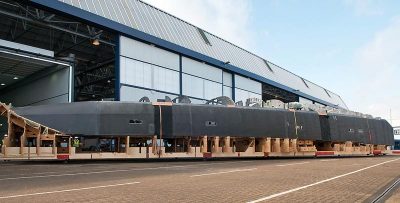 A sailboat hull outside the building hall at Green Marine.

Also since then, the company moved about 3 miles (4.8 km) from its previous location at Spitfire Quay to the other side of Southampton Water at Hythe Marine Park. The advantages of moving to a new, purpose-built facility were many, among them saying good-bye to the slight and somewhat unpredictable rise and fall of the factory floor as the tide ebbed and flowed. The new facility boasts 75,320 sq ft (7,000m²) of shop space; four 125‘ x 36‘ (38m x 11m) multipurpose build boxes, each featuring a 248°F (120°C) oven, spray booth, air filtration, and temperature control; two 148‘ (45m) extendable build bays; and a component shop with autoclave and four ovens (up to 33‘ x 26‘/10m x 8m). The company’s latest addition is a 31‘ (9.6m) ex-aerospace autoclave capable of 100 psi (7 bar) pressure at a temperature of 392°F (200°C) and used for large fabrications such as bulkheads, keel parts, and rudders.

CEO Richard Acland says, “The new autoclave means we can pressure-cook more and larger components. We’ve had a small ’clave for many years; initially we used it for rudders, daggerboards, canards, and any other highly stressed components. But we soon reached the stage where we preferred to pressure-cook as many as possible. Also, the rudders and foils we were building were getting bigger, so a larger autoclave was the logical next step. In one go we have multiplied our autoclave capacity by a factor of 10. Not all of these are marine companies, so there’s a possibility of future diversification there.” 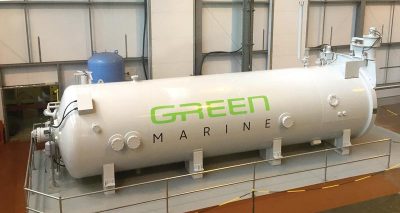 In recent years the average project size has increased, with greater emphasis on the 100‘–120‘ (30m–37m) range, although 60‘–70‘ (18m–21m) raceboats are still a staple. Beyond size, there have been significant technical developments as well, including mold technology.

Engineering director Geoff Stock says, “Although traditional wooden plugs are still used, CNC machining of high-density foam plugs is increasingly common. Direct female molds are also rapidly gaining favor, partly thanks to the existence locally of two of the U.K.’s premium CNC fabricators, MonsterCam and mouldCAM. We have made good progress with the perennial issues of core bonding, glue weight, and further reduction of void content. We now feel very confident in the honeycomb structures we produce in the autoclaves and the use of technology for placement of fibers.

“Another aspect of construction that has changed a bit is secondary bonding. We still use toughened and thickened epoxy resin, but whereas we used to mix our own—and had various recipes for different applications—we now purchase it in ready-mixed cartridges from specialist manufacturers.”

Apart from preferring light weight and performance, Green Marine’s clients are showing increased interest in reducing noise and vibration. This complex issue involves everything from material selection to advanced acoustics. The key to success is to carefully consider this aspect in the earliest phases of design. Adding quietness after the fact is difficult and inevitably involves adding weight.

On the business side, Acland says, “Racing yachts have always been very stop/go; it’s difficult to build a strong business based purely on this market. The RNLI boats were a surprising but fortuitous development for us; we were a small racing yacht company, and this new market for advanced-composite commercial craft was very welcome. A significant development was the growth in the lightweight-cruising-yacht market in the mid/late ’90s. It was fortuitous that demand for these boats emerged at about the same time as the RNLI build program started to slow down. For us, the first was a Tripp 88 called Shaman, followed by a Frers 92 called Stealth and then the Reichel/Pugh Leopard, and the Frers 106 Ulisse. Since then, we have specialized in the construction of carbon composite structures for super-yachts, and this has replaced the RNLI work as the most stable part of our business. When PBB visited us last, we were building Cinderella for the Vitters Shipyard; since then we have built another four yachts for them.” 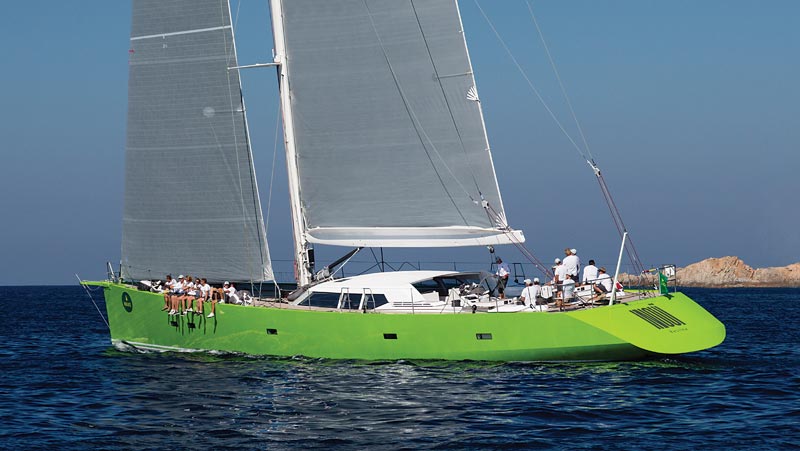 Green Marine built the 108‘ (33m) Philippe Briand–designed Inoui for Vitters Ship­yard to fit out. She has a carbon and Corecell P and M foam hull, and Nomex-cored deck.

Mindful of recent high-profile failures such as keels falling off long-distance ocean racers, I was interested to know if demands from highly competitive clients were putting pressure on builders like Green Marine to work closer to the limits of current materials and construction techniques.

“Structural engineers undoubtedly have a much better understanding of the limits of advanced materials and structures than previously,” says Stock. “It is now routine for there to be FEA [finite element analysis] of any critical components, and, as a result, materials are used in a much more efficient way; there is more confidence in the level of applied safety factors and therefore less parasitic material in a given component than there might have been in the past. Along with increased application of high-level structural knowledge has come a greater focus on accurate fiber placement, resin ratios, and low void contents. Overall, this results in more consistent safety factors, which to some extent translates into lighter yacht structures, but more importantly it means that critical components are less likely to break. Or at least, that’s how it should be.”

While a lot has changed at Green Marine since the last report, a lot has remained the same: primarily the company’s ethos. It might seem odd to use the word conservative in relation to the sort of advanced-technology boatbuilding done at Green Marine, but the company, while clearly open to new ideas, materials, and processes, appears commendably resistant to the fads that have led others to take unnecessary risks.