One doesn’t have to be an America’s Cup insider to appreciate the sophisticated technologies behind the 72‘ (30m) foiling catamarans that competed in the 2013 event on San Francisco Bay. Rather than conventional “soft” sails that invert as they move across the boat’s centerline with each tack, “hard” or “solid” wing sails have two skins with air between. Unlike an airplane wing that (unless it flies upside down) generates the most lift with an asymmetrical shape, hard wing sails must be symmetrical to be effective on each tack—port and starboard. Achieving speeds of more than 30 knots, loads on an AC 72’s 2,798-sq-ft (260m2) mainsail are enormous. So besides the carbon fiber prepregs in the hull construction and advanced films stretched over the rigid sails, it’s no wonder that rig hardware has also had to be redesigned and reengineered. 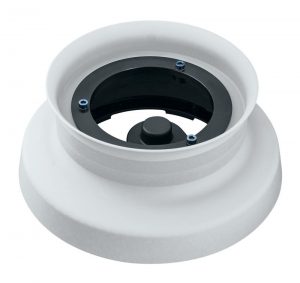 High-performance foiling catamarans like those competing in the “new” America’s Cup require powerful, fast, lightweight winches to trim the “hard” sails, and Harken’s Air Winches were developed for just such duty.

With six teams presently under-going trials and competing at several venues around the world in preparation for the main event in Bermuda, much work is being done to optimize the smaller AC 50 (15.2m) foiling catamarans chosen for the 2017 Cup.

That includes a new Harken winch design that has interchangeable gears, so crew can select the optimal combination of speed and power. Featuring a 7.9“ (200mm) ceramic-coated drum and hollow middle, the winches have seven first-speed choices and six second speeds. The Air Winch is available in standard and counter-rotating models depending on which side of the boat it’s installed on.

Project manager Bill Faude says, “The gears can be easily changed. Only basic tools are required; drop off, housing off, gears exchanged, and reverse. It’s a very fast process, and can be done on the water if desired.”