Seventeen years ago, I wrote an article for Professional Boatbuilder magazine called “Recycling Dead Boats” (issue #60, August/September 1999, available online here). It summarized a seminar about boat recycling I organized and chaired at IBEX ’99. That PBB article was a follow up to a similar article I had written for another boating industry magazine eight years prior, so I have been involved in this topic for 25 years. 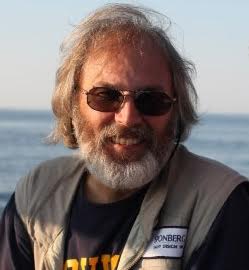 As a naval architect, I am not an obvious pitchman for boat recycling. All I wanted to do was design new boats for private owners and boat building companies. But the gigantic oversupply of used boats put a stranglehold on the market for new boats that hit me directly in my wallet. Potential clients called or wrote about having me design their next boat, but the new design would have to wait until they got rid of an older boat first. That’s where the funds would come from for the new boat. More often than not, projects fizzled before pencil got to paper. No one else was talking about this problem, so I did.

I wrote “Recycling Dead Boats” with a focus on the economic issues. Most boats are built of fiberglass, so the biggest question was, and is, can fiberglass even be recycled? Well, not easily. The mechanical complexity of woven glass fibers lodged within in a thermoset resin poses significant obstacles to easy recycling. Other issues are: What processes are available to recycle fiberglass? What comes out of these processes, and how can the resulting materials be reused? What would a recycling facility look like? And most important, how does one identify, legally collect, and transport dead boats to a place where they can be recycled? I did not focus my article on the other obvious problem, namely, how much do dead boats pollute the environment, visually as well as biologically and chemically? We assume that they do, but that was a whole other story I was not qualified to address.

Sometime after “Recycling Dead Boats” appeared, I began receiving calls and e-mails from people who wanted to know of any further developments. Amateur inventors wanted to solve complex technical problems. Boat owners wanted to know where they could take their dead boats. State and local government managers wanted to clear away dead boats from their communities. I started collecting other articles on composites and boat recycling, and I created a RECYCLING CONTACTS LIST so I could disseminate those resources to my callers. A second purpose for the list was to connect those parties with each other—a key to building a communications network of like-minded souls to bring dead boats to the forefront of the world’s consciousness. I heard from people all over the world who were disgusted with the dead boats in their neighborhoods. The central theme of all these inquiries came not from the economic standpoint, but from the environmental standpoint—dead boats are poisoning our environment, and we have to stop it.

Thankfully, all the publicity and effort seems to have hit critical mass because now this problem is generating activity all on its own. One of the people who had contacted me, Ms. Mele Coronato in the Netherlands, has founded a website called Yacht Recycling News which covers the latest developments on boat recycling.

Then, last November, 2015, a conference called “The Future of Yacht Recycling” was held in Amsterdam just prior to the METS Show. The conference organizers, Quaynote Communications, invited me to speak on any panel of my choice, but unfortunately, they were unable to get me there. Nevertheless, promotional materials released prior to the conference contained some quotes from “Recycling Dead Boats” to help describe the background to the problem.

A number of interesting findings were published from the conference (quoted below where convenient, paraphrased where necessary):

What is remarkable is that in Europe, where some countries have flat-out outlawed dumping boats in landfills, an industrywide push is finally trying to solve the problem of “end-of-life boats”, as Europeans call them. Quaynote Communications has scheduled a follow-up conference, during 2016 METS week in Amsterdam, called “Sustainability in the Marine Industry.” This conference will follow up on technical and economic issues and add a focus on “the cleanliness and biodiversity of our seas and waterways … dedicating a part of the program this year to the concept of ocean conservation, and how to encourage our industry and its customers to be actively involved in responsibly sustaining the very environment that supports its being.”

Unfortunately, we Americans are not in this picture. While sporadic recycling initiatives appear here and there, as a country and as an industry, we have advanced little on the recycling front. At the time I wrote “Recycling Dead Boats,” I noted that the automobile industry was far ahead of the boat industry—there were about 14,000 car dismantlers and scrap processers in the US that disposed of 8 to 9.5 million cars a year in 1999. By comparison, we had essentially no boat recycling locations—zero, zip, nada. Basically, that is still the case; we are still dumping dead boats in landfills. I said in the article that it would take a generation to build the infrastructure necessary to form a boat recycling industry. Well, here it is nearly a generation later, and we have accomplished essentially nothing. There is no US movement that comes close to what Europe has accomplished in boat recycling.

The U.S. boating industry cannot recycle its products alone. At the time I wrote “Recycling Dead Boats,” the U.S. boat building industry consumed only about one tenth of all fiberglass manufactured annually in this country—350 million pounds a year—out of the total 3.5 billion pounds that were produced throughout the composites industry each year. Today, a lot of boats and scrap fiberglass are still going into landfills. This really is a composites industry problem, of which boats are a special sub-set. A good, sustainable solution will happen only if the resin and fiber manufacturers as well as composites fabricators in all sectors of the composites industry get on board. Recycling can be a huge growth industry because there are so many dead boats and so much scrap fiberglass still in our environment, and there are fewer and fewer landfills where it’s possible to put it all. This country and our industry have to wake up and smell the problem—it is not going away, it is only getting worse.

About the Author: Naval architect Eric Sponberg retired from practice in December 2015 so he and his wife, Arliss Ryan, can sail his first boat design, Corroboree—which they now own—around the world (see “Eric Sponberg is Going Sailing,” Rovings, PBB No. 159, for more on Sponberg’s career and future plans). The Pacific Rowboat featured in Professional BoatBuilder No. 160 is his latest design.