Yacht designer Doug Peterson’s name was far more often associated with winning races than losing. He worked on several successful America’s Cup campaigns, so it is ironic that the day he died from cancer, at age 71, the Kiwis again wrested the Cup from Larry Ellison’s American team. Peter­son was on Team New Zealand in 1995, when its Black Magic beat Dennis Conner’s Stars and Stripes. 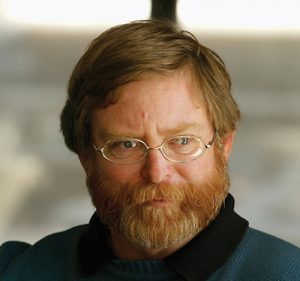 Yacht designer Doug Peterson of San Diego, California, died at age 71. He came to fame in the 1970s during the IOR era, and also worked on two successful America’s Cup campaigns, one for the U.S. and another for New Zealand.

Peterson apprenticed with West Coast designer Wendell “Skip” Calkins, where he learned about lightweight, low-resistance hullforms that excel in downwind races like the Transpac. He was largely self-taught, which might explain why he always seemed to buck convention. Working on his own, he designed the 34‘ (10.4m) Ganbare and built it with money borrowed from his grandmother. Ganbare won the One Ton North American Championships in 1973 and then was transported to Italy for the One Ton World Championships, where an error rounding a mark relegated her to second place. He was regarded as one of the top racing-yacht designers, if not the top, during the 1970s and ’80s; his boats tallied eight world championships, including victories in the Southern Ocean Racing Conference and Admiral’s Cup when the IOR was the dominant rule.

Alan Andrews (see “By the Rules,” PBB No. 154), a fellow West Coast yacht designer, worked for Peterson one summer and remembers his boss’s fast pace of designing between regattas. In a statement for the sailing press, Andrews said, “Doug did the bulk of the hull lines, keels, set the sail plan dimensions and design concepts, but there was always much more to get these concepts into drawings [before] they could be sent to the clients and builders.”

Asked how Calkins came to work for Peterson, having earlier been his mentor, Andrews told me: “Yes, there was a bit of the mentor working for the progeny who made good. Doug was also a lifelong friend of Skip’s son, Chris Calkins, so the relationship was more than just work.” And regarding Calkins’s influence on Peterson: “I thought Doug drew from and expanded on some of Skip’s cruising boats with the Peterson 44 [13.4m] and Kelly/Peterson 46 [14m]. In some ways, the hulls looked similar to the Calkins 50 [15.2m] but with the stern truncated by a transom instead of drawn out to the full canoe stern. Doug had a great feel for the exit of the boat with an emphasis on reducing drag by putting the water back together properly.”