Born November 20, 1951, he grew up on his family’s farm outside Saint Paul, Min­nesota. The sea beckoned from an early age, how­ever, and not long after gradu­ating from Middlebury College, he arrived in midcoast Maine. There he quickly established himself as a talented jack-of-all-trades. In addition to working for several decades as a marine surveyor, he wrote extensively for various publications, including WoodenBoat and Professional BoatBuilder. 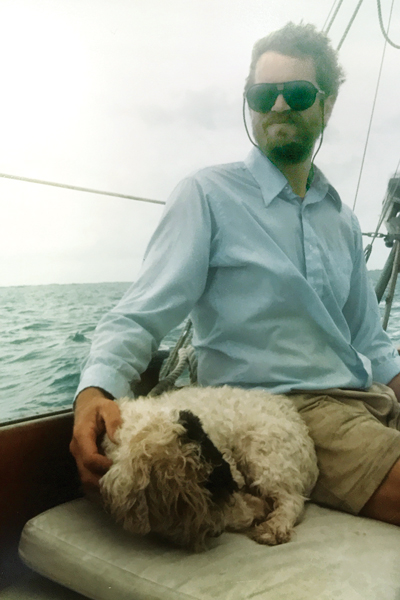 Stephen Olson, an experienced, thoughtful, and articulate sailor and yacht surveyor, was a contributor to Professional Boat­Builder and sister publication WoodenBoat.

Sailing was his great passion, and he could quote—with Biblical precision—from his favorite tome, The Common Sense of Yacht Design, by L. Francis Herreshoff. His numerous wind-jamming exploits found him aboard such noteworthy vessels as the topsail schooner Pride of Baltimore (engineer), the schooner Appledore II (captain), and the topsail schooner Amistad (captain). He also owned the classic wooden tour boat Balmy Days as well as his beloved Nevins 40 yawl Jessamyn Rose, both of which he operated for several years out of his home port of Belfast, Maine.

Commercial fishing and shipping were additional areas of interest. Olson worked several winters as a scallop diver in Maine waters and as an engineer in the Pacific Northwest salmon fishery. In addition, he served on larger working vessels, as able seaman and boatswain on Arco oil tankers, and for the past 15 years as captain on coastwise tugboats owned by Hartley Marine.

Known for his dry wit and clever repartee, Olson was a voracious reader with a fascination for literature, history, and engineering. Innately curious and experimental by nature, he enjoyed solving thorny problems, particularly those of a mechanical, structural, or philosophical nature.

A generous and empathetic soul, he always took the side of the underdog, as evidenced by the many odd and scruffy canines that populated his life. A dedicated and proud family man, he is survived by his wife, Julia, and their two children, Clare and Skyler.