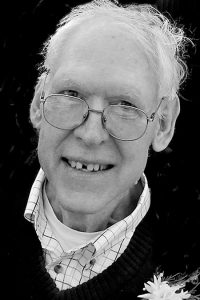 John S. Letcher Jr. died at age 76 in Bangor, Maine. (Although he had a PhD in aerodynamics from the California Institute of Technology, he seldom seemed to invoke that title, suggesting a modesty that belies his considerable achievements.) Parkinson’s disease took its toll.

Letcher founded AeroHydro, a software engineering business focused on boat and industrial design, including MultiSurf 3D design software; SurfaceWorks, an add-on to SolidWorks; and AHVPP, a velocity prediction program. He served with several America’s Cup brain trusts: the American syndicates Stars & Stripes and Oracle Team USA, Italy’s Il Moro di Venezia, and Team New Zealand’s Black Magic. He was the author of several books, including one on celestial navigation, as well as The Geometry of Ships, Volume 1 of what was intended to be a nine-volume set called Principles of Naval Architecture; it was published in 2009 by the Society of Naval Architects and Marine Engineers. Much earlier he wrote one for lay folks with small boats, like me, Self-Steering for Sailing Craft, which included instructions for sheet-to-tiller steering. Despite only marginal success, I tried it on several boats, hoping such jury-rigging might obviate the need for an expensive electronic autopilot or steering vane. Letcher was obviously more talented and more patient, having developed and employed such systems on his six transpacific ocean voyages, two of which were singlehanded in a 20′ (6m) sailboat named Aleutka, which he built himself.

A very bright and amiable man, Letcher was not one to hoard his knowledge. Once, in the early 1980s, long before personal computers and the Internet, while working on a book, I called him to ask how many gallons of water would enter a 1½″ (38mm) hole 2′ (0.6m) below the waterline. I don’t recall how he made the calculation, but the answer came quickly: 71.

“Anything else I can help you with?”