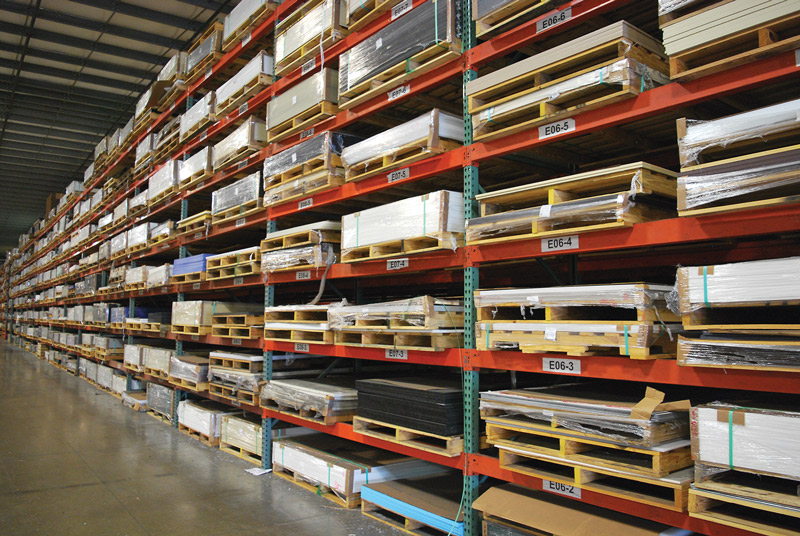 Not long ago I was looking for some backing-plate material for a new piece of deck hardware. Not wanting to drive a long distance to the nearest chandlery, I bought a ½″-thick (12mm) plastic cutting board from the local Dollar store, which worked very well. Cutting it with a jigsaw, I learned the material melts slightly and so adjusted the speed of my blade accordingly. I thought the material looked a lot like King StarBoard, the white isotropic plastic material whose versatility has made it akin to duct tape; in fact, between the two you could jury-rig all sorts of nautical fixes and repairs, like covering a broken portlight or hatch.

In the 1960s, Tom King was selling plastic sheeting to industrial businesses throughout the Northeast and Midwest when he decided to go to work for himself. So, he moved the family to Florida and in 1968 opened King Plastic Corp. in Venice. King StarBoard, one of many plastic sheet and bulk products in the company’s lineup, didn’t come along right away. Here’s Tom King’s son Jeff, current president, telling how their entry into the marine sector came about:

“We kept our boat at Venice Marine Center. A 26′ [8m] Formula. We had a lot of teak on the boat, like rod holders and hatches. We did some fishing, and the bait-cleaning stations at the marina where you docked your boat were all plywood, and they were pretty disgusting—beat-up and used for quite a long time. We made a meat-cutting product we sold to meat departments at supermarkets, restaurants, and commercial applications. We got permission to replace the plywood cleaning stations, no charge to the marina. We quickly realized the Florida sun was too hard on polyethylene-cutting-board material, so we put UV stabilizers in it to protect from ultraviolet rays. But it looked kind of unattractive, like the color of beer, when you put the UV stabilizers in it. So we added a pigment to cover it up and made it white. That held up pretty well, and it stopped deteriorating. So we replaced some of the rod holders and other components on our boat.” 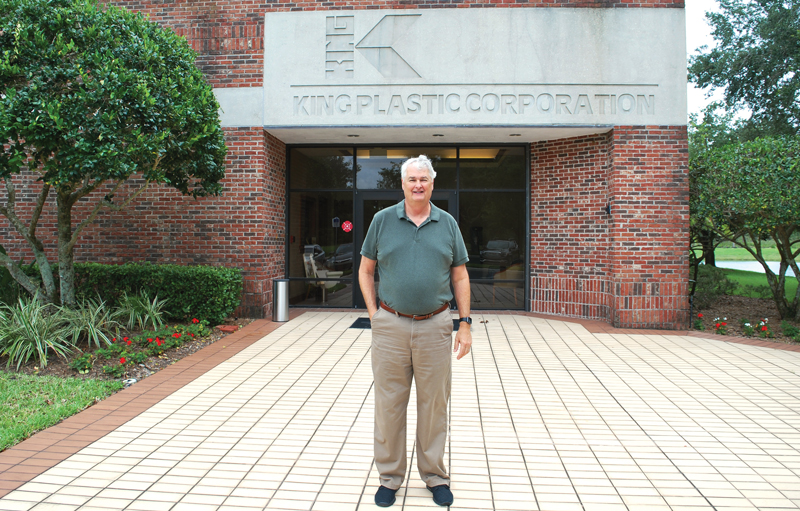 Jeff King, son of the company’s founder, is president, and celebrated their 50th anniversary by building a new 100,000-sq-ft (9,300m2) plant and warehouse.

From plywood to plastic

The idea was to replace teak boat-accessories in their many forms—bilge boards, hatch covers, seats, etc.—which can delaminate in wet environments. All King Plastic products are sold through distributors. One day when a distributor stopped in, the Kings showed him King StarBoard. “He was selling acrylics and other products into the marine market and knew the market better than we did,” said Jeff King. “We told him our idea was to replace teak and plywood with this product. He said, ‘Give me some samples and let me run around with them. I’ll show them to some boat manu­facturers and see how it goes.’ That’s what we did, and the rest is history.”

The company soon outgrew its Venice facility and in 2001 relocated to North Port, some miles inland, where it built a new 150,000-sq-ft (13,950m²) plant. And the product line continued to expand, from various formulations of King StarBoard to King ColorBoard for outdoor playgrounds, graffiti-resistant King Plasti-Bal for commercial restroom partitions, King MediGrade with antimicrobial technology “bonded at the molecular level” for healthcare applications, King PipeGrade for industrial piping, and, of course, every imaginable formulation and color of King CuttingBoard for home and commercial food service.

King Plastic does not make any of the above product applications, leaving that to individual manufacturers. Raw materials arrive at the King Plastic plant in the form of pellets, “BBs if you will,” said King. “We essentially just convert them from one form to another—a sheet form or whatever product we’re making. We don’t chemically alter them per se, but we do add stabilizers, pigments, and modify the base polymer for extra elasticity, extra stiffness, fire-retardancy, and so on.” Four principal processes are employed, including compression molding and its K-Stran process, from which the King StarBoard family of products is made. 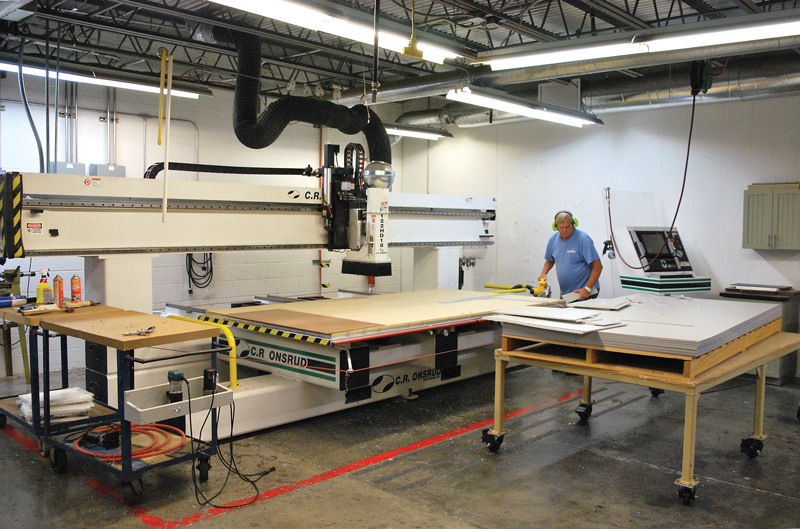 King Plastic does very little working of the sheets, letting customers make what they will with the material, but there are a few exceptions. Here, a technician oversees custom cutting.

During my visit, the finishing touches were being made to a new 100,000-sq-ft (9,300m²) plant and warehouse, enabling the company to inventory a larger variety of products.

Celebrating their 50th anniversary this year, the company is well positioned for the future, with Jeff’s son Charlie in charge of manufacturing, and son Steven managing its Medford, Oregon, operation.