A 3D-printed construction mold has potentially big implications for the boatbuilding industry, but the road won’t end there. The next step is taking this technology from tooling and prototyping to production of almost anything—human joints and organs, bicycles, cars, airplanes, surfboards, hardware, and, yes, entire boats. Forget Hanseyacht’s tongue-in-cheek press release from 2016 announcing it had printed a yacht from wood. If all goes according to plan, by the time you read this issue of Professional BoatBuilder, Livrea Yacht in Palermo, Italy, will be putting the finishing touches on a 3D-printed racing yacht, a Mini 650 intended to compete in the 2019 Mini-Transat Race. Yes, in this project they’re printing the actual boat, not just a construction mold, which is described in detail in the cover story of PBB 175, Just Print It! 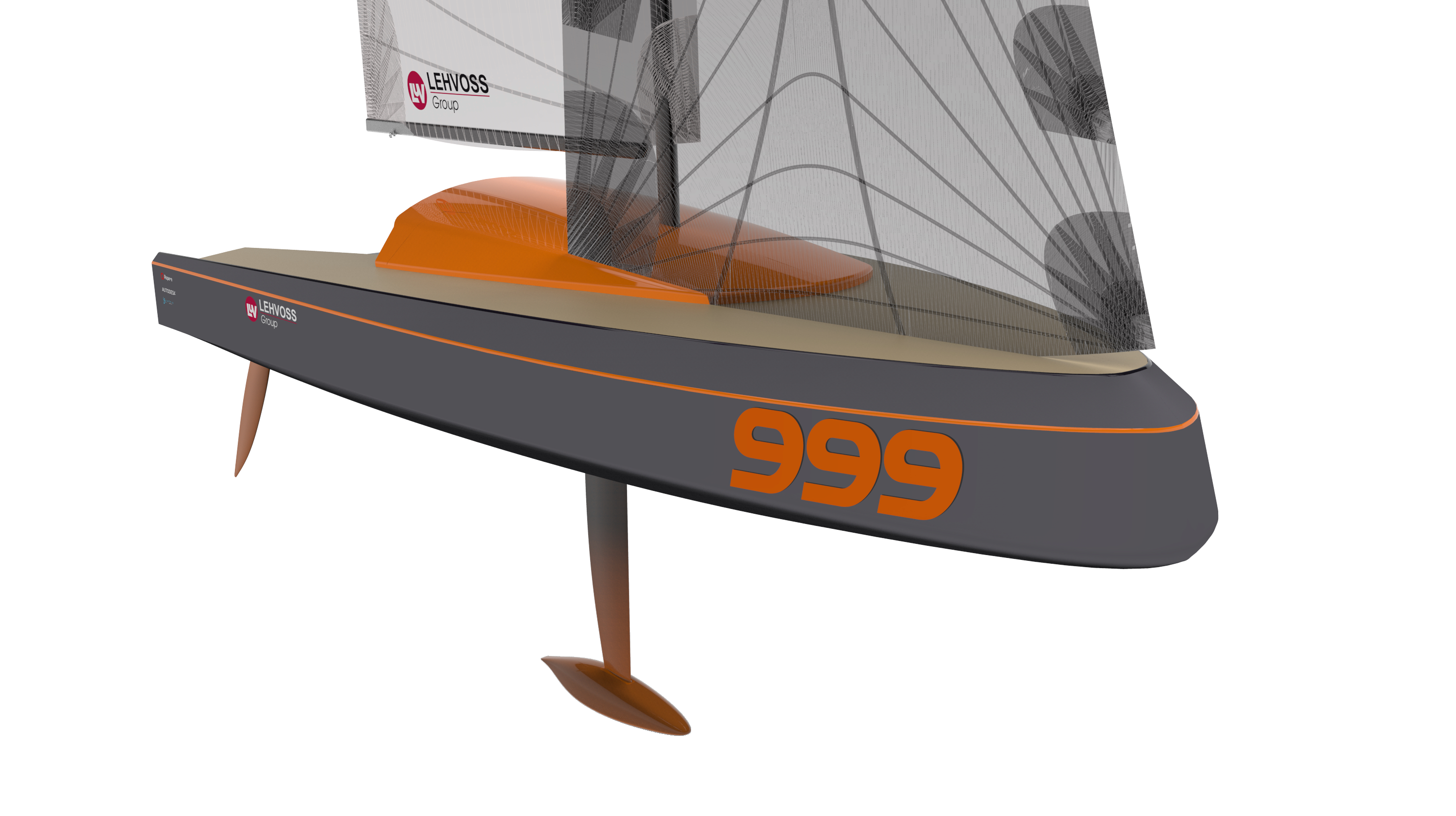 Supported by the Lehvoss Group and Autodesk, Francesco Belvisi and Daniele Cevola, the principals of Livrea Yacht, who also founded the 3D-printing outfit Ocore, have been working on this radical approach to boatbuilding. They won Italy’s 2017 National Inno­vation Award for a new (and patented) material-deposition strategy that uses advanced polymers with carbon fiber reinforc­ements and an algorithm inspired by fractals, which the mathematician Benoit Mandel­brot called “beautiful, damn hard, [and] increasingly useful.” Mandelbrot expanded the concept of theoretical fractional dimensions to geometric patterns in nature.

Isogrids for more stiffness and strength

Taking a page from aerospace construction, Belvisi and Cevola used isogrids to add torsional stiffness and resistance to bending and buckling in the hull shell. An iso­grid is a partially hollowed-out structure with integrated triangular stiffening ribs. 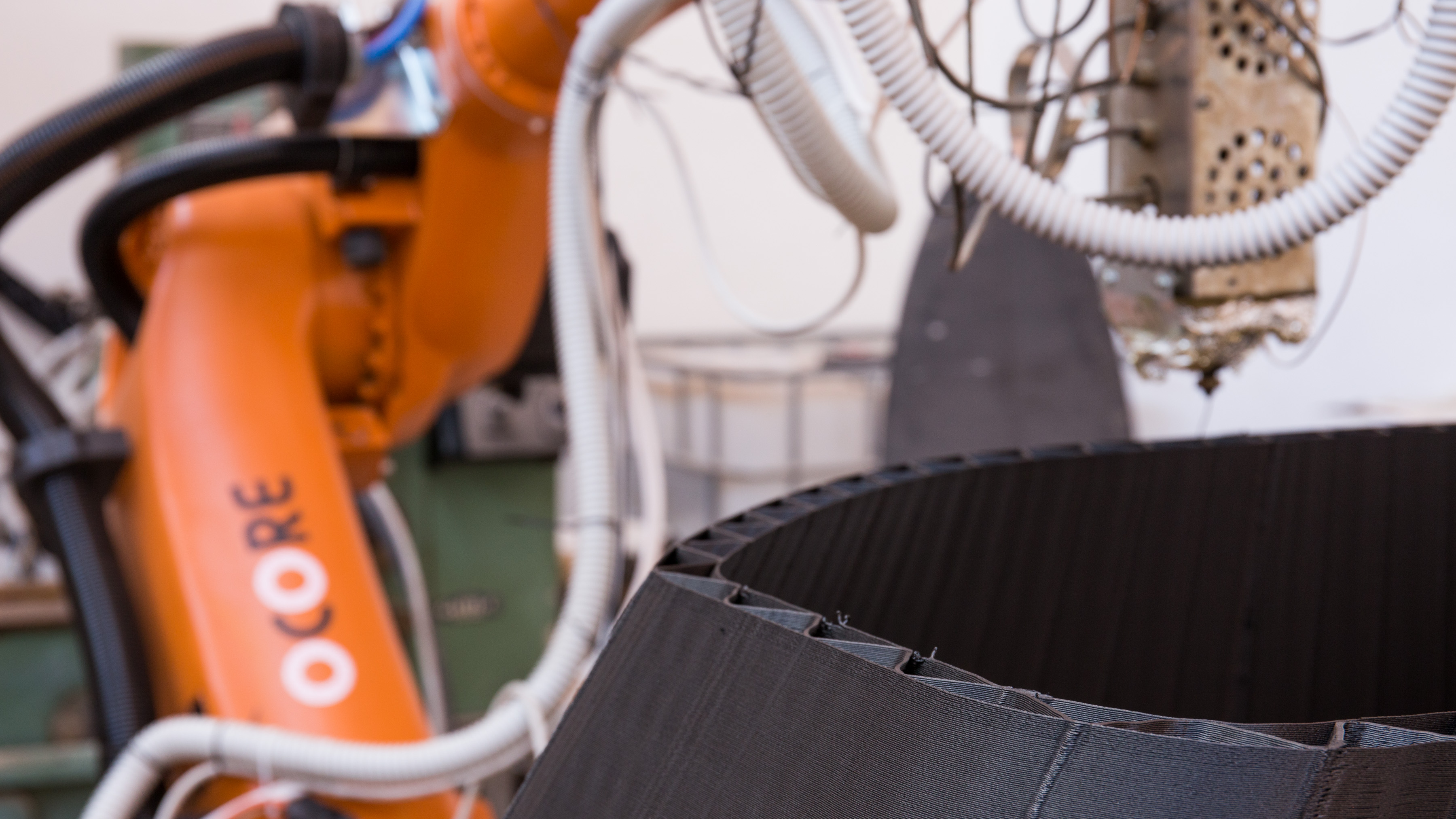 It’s super light and super stiff, but complex and expensive to manufacture. If the Italians can successfully reproduce it with a specially programmed 3D printer, that might change. To achieve this robotic dexterity, they turned to Alessandro Buscemi, a numerical modeling expert, who helped them write software code in the Kuka Robot Language (KRL), which was necessary to generate what they described as “smoother movement of the [print] robot.” That was key to developing a new printing technique that departs from the sliced mesh and poly­gonal geometry of traditional 3D-print jobs in favor of Bezier surfaces.

Exciting as all this might be, it takes more to make a boat. Cevola: “The isogrid structures will be joined with the carbon skins, biaxial 300 gr (8.8 oz) and uni-directional 150 gr [4.4 oz], with a vacuum-infusion system, because we don’t have an autoclave that’s large enough for the boat. Smaller parts will be joined in an autoclave, however.”

Carbon in the 3D-print feedstock and in the skins

Also important is the reinforcement of high-load areas such as the keel box, the shroud, and the rudder attachments, which Cevola said he plans to address with “monolithic stratifications to dissipate concentrated loads.” The boat’s target weight is 930 kg (2,050 lbs) all up, which is heavier than conventionally built boats like Eight Cube, a foiling Mini 650 launched for the last edition of the Mini-Transat with a displacement of 750 kg (1,653 lbs). But Cevola isn’t deterred. “Since the boat will be involved in a trans­oceanic regatta, we did not want to introduce too many variables to the project. We will have a similar weight but certainly great advantages in terms of process and efficiency of the structures. We expect to be lighter in the future.” 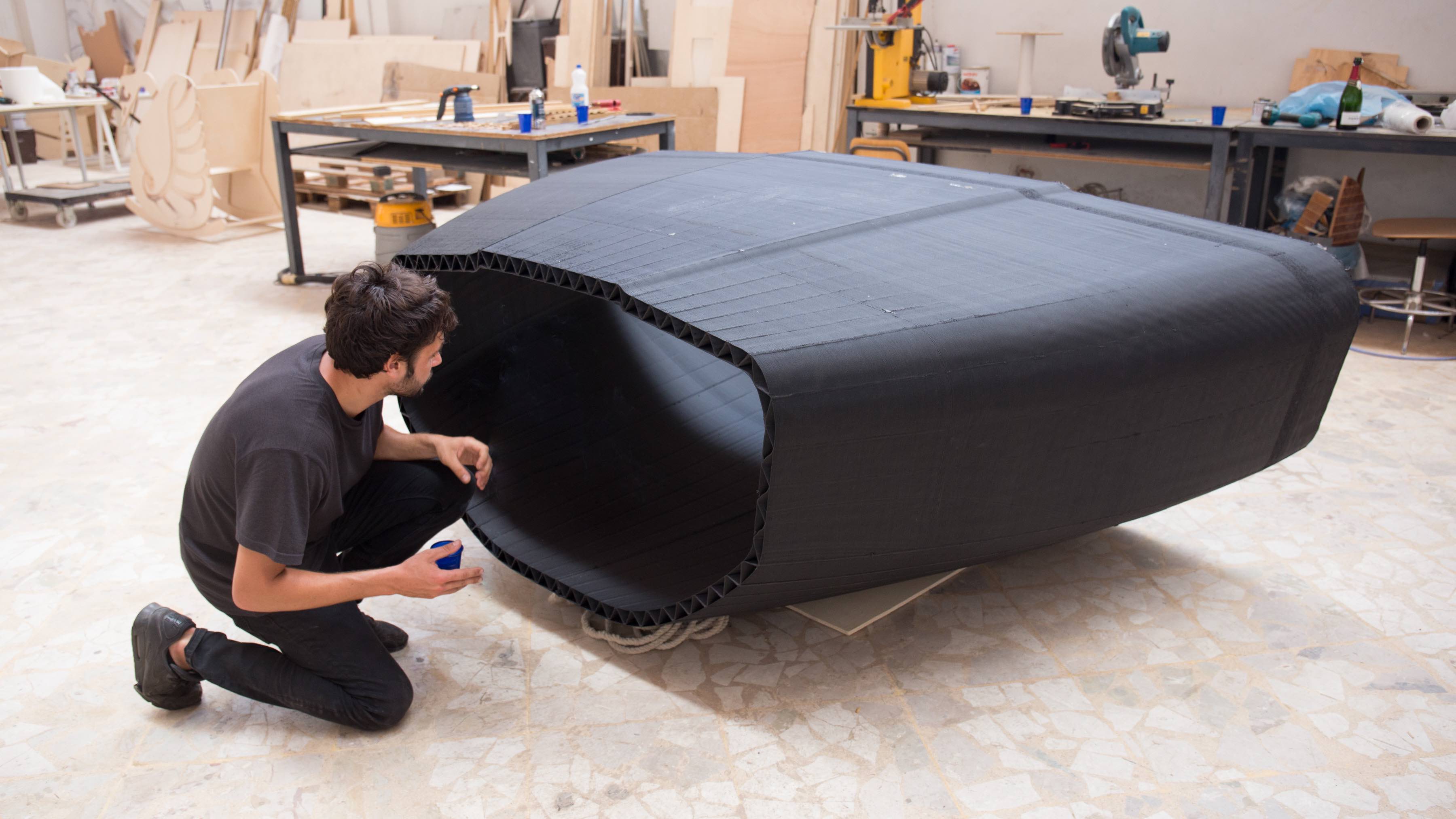 A worker inspects the 3D-printed bow section of the Mini 650.

The success of this approach also depends on the suitability of the printer’s feedstock—a polyamide with 25%–30% of carbon reinforcement called PA12, developed by the Lehvoss Group. Lehvoss also markets PEEK, a “semi-crystalline thermoplastic [that] combines excellent mechanical characteristics with excellent chemical resistance,” according to Cevola. He points out that it can be used in temperatures ranging from 60°C (76°F) to 260°C (500°F) in hot water or steam.

He says that Livrea Yacht worked with Eurisco Consulting on computational fluid dynamics and velocity prediction to ensure that the boat will be optimized for competition. Livrea is also conducting materials testing with an eye toward certification. The launch of this yet-to-be-named boat is scheduled for September 2018, with sea trials in October.

Daniele Cevola, one of the project’s leaders

Other highlights of the project include:

For more on the advances in 3D printing in boat building and design, read Just Print It!, the cover story of PBB175 and Printing Small Parts that explains how this technology is used for modeling and rapid prototyping.