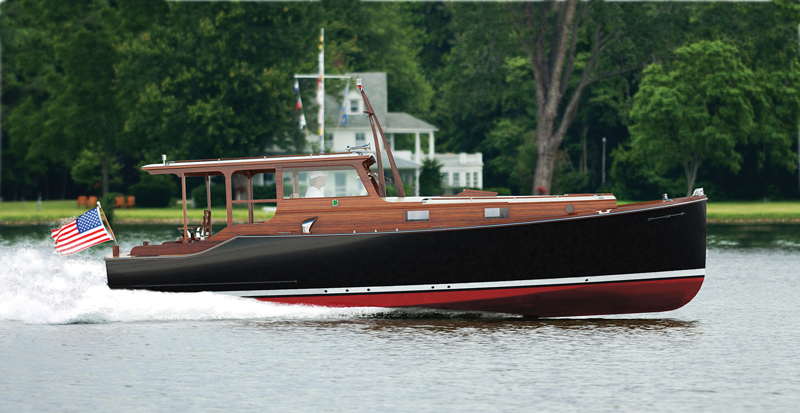 Calling Ernest Hemingway’s Pilar the most famous fishing boat of all time, Wes Wheeler restarted his great-grandfather’s yacht business and commissioned Bill Prince to design a modern version of it, shown here in a computer rendering.

Last we spoke with Bill Prince of Bill Prince Yacht Design (BPYD) was about a highly engineered hardtop for a 78-mph Schiada Boats express cruiser, destined for Kuwait (Professional BoatBuilder No. 156, page 12). Prince, as we noted then, is based in Port Washington, Wisconsin; he holds a degree in mechanical engineering, and has earned his stripes with an enviable list of designers and naval architects: Michael Peters, Timothy Graul, Ted Hood, and Bob Johnson. His current work has migrated to mostly high-end recreational craft, and the portfolio is diverse.

Talking with him recently revealed intriguing projects: among them are construction of a new 132‘ (40m) mega­yacht in South Korea; a refit of the “oldest Huckins” in Maine; a runabout at Van Dam Custom Boats in Michigan; a 77‘ (23.5m) motoryacht at Crescent Custom Yachts in Vancouver, British Columbia; a refit in Fort Lauderdale, and another of a 114‘ (35m) Burger near his home in Wisconsin. Recent and current project highlights in this update on BPYD are a reimagined rendition of Ernest Hemingway’s Wheeler 38 (12m) Playmate, named Pilar, and work with Seacraft Design on an 81‘ (25m) Lake Geneva Day Yacht with electric propulsion. 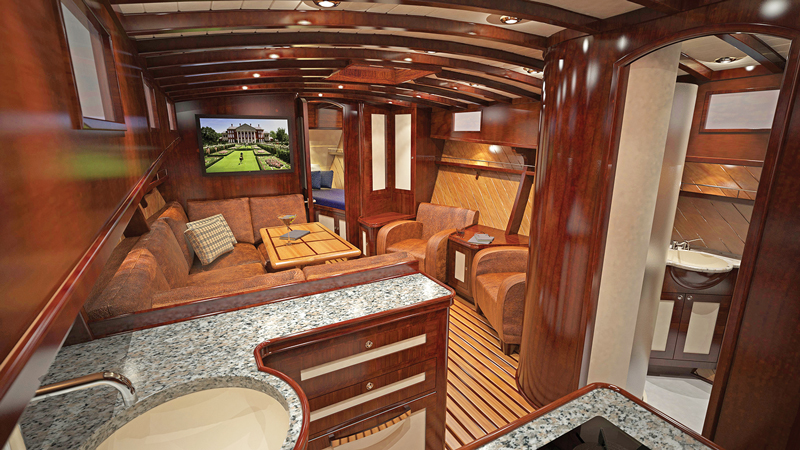 Brooklin (Maine) Boat Yard will build the new Pilar of cold-molded mahogany. No fish scales or blood below, please.

The original Pilar was built by the Wheeler Yacht Co. in Brooklyn, New York, a very successful business founded by Howard Wheeler in 1910. He built boats and ships for the U.S. military for both World Wars, eventually settling into private yachts. At one time he employed 6,000 people. Pilar was a custom version of the company’s Playmate series, and featured what some have said is the first flybridge. Hemingway also is said to have been, if not the first, at least an early proponent of outriggers to add and separate fishing lines, and a live bait well. He paid $7,455 for his boat in 1934.

The great-grandson of Howard Wheeler, Wes Wheeler, believes a modern version of the “world’s most famous fishing boat” could sell well, and so commissioned Bill Prince to execute the design, and Maine’s Brooklin Boat Yard to construct it, scheduled for spring 2019. Because no drawings survived a fire at the Wheeler Clason Point Shipyard in 1963, Wes Wheeler traveled to Havana, where the original Pilar is exhibited, to take photos and measurements for the re-creation. The first, built on spec, will be cold-molded mahogany, and the interior upscale—it’s not a fishing machine but a coastal cruiser with galley, berths, and leather seats…if the website photos are indicative of the finished product. In place of Hemingway’s 75-hp (56-kW) Chrysler Crown Marine gas engine, the new Pilar will have twin Cummins QSB 6.7L diesels and ZF transmissions that deliver 23 knots at 2,600 rpm. 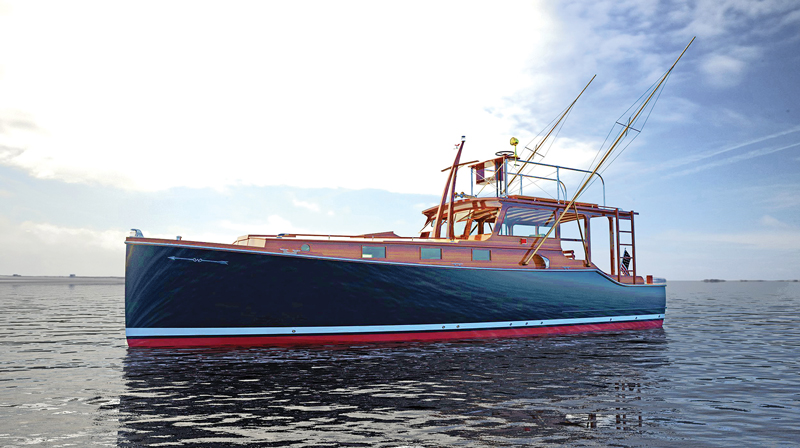 Calling Ernest Hemingway’s Pilar the most famous fishing boat of all time, Wes Wheeler restarted his great-grandfather’s yacht business and commissioned Bill Prince to design a modern version of it, shown here in a computer rendering.

By contrast, the Lake Geneva Day Yacht is a one-of-a-kind genre of elegant lake launches; Lake Geneva, in southeastern Wisconsin, could be a movie set of elegant homes, elegant yachts, and elegant people. Mark Pudlo at Seacraft Design, who took over Tim Graul’s practice when he retired, was the lead architect on this unusual project, and collaborated with Prince for the above-deck styling and the computer renderings. There are only seven yachts of this kind on the lake, and this new build, the Henry Knox, inspired by steam-powered yachts of the 1890s, is the largest on the lake, and perhaps also one of the largest all-electric yachts in the world. Pudlo says it has long been a tradition that each mansion on Lake Geneva has a boat for leisurely family outings and summer social events. “The project was tastefully executed in every way,” Pudlo said. 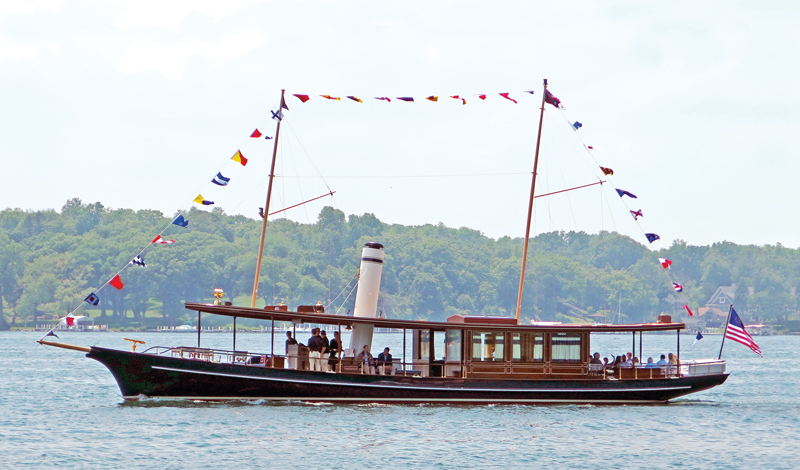 The 81′ (25m) Henry Knox, powered by two electric motors, is the latest and largest Lake Geneva Day Yacht to be launched on the Wisconsin lake.

The aluminum hull was fabricated by Andersen Boat Works in Douglas, Michigan, and finished in a temporary yard set up by the yacht owner. Common to these long and narrow launches—picnic boats, or commuters as they are variously described—is a near full-length canopy or hardtop that parallels the lovely, gentle sheerline. The Henry Knox, a true day boat without berths, is powered by two Torqeedo electric motors supplied by six 30-kWh BMW i3 lithium-ion batteries that deliver 11.5 knots and more than 8 hours of silent, vibration-free cruising time between charges. And if the lake gets rough, a Seakeeper gyro stabilizer smooths the ride. Finishwork includes a Burma teak deck, and Honduras-mahogany interior.