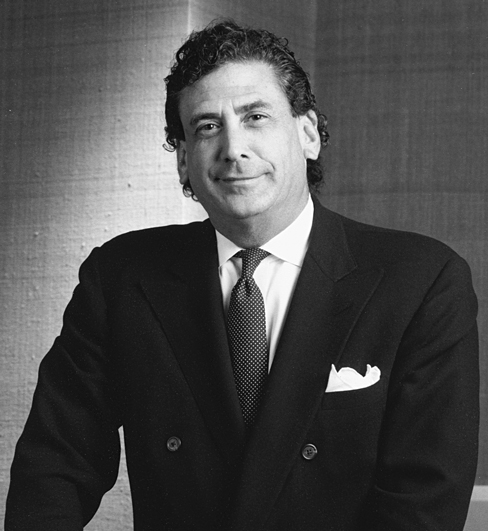 Irwin Jacobs, who died last April, was a major player in American boatbuilding during the 1980s, when his Genmar conglomerate owned multiple brands, including Aquasport, Larson, Carver, Glastron, and Trojan.

The boating industry lost one of its most flamboyant members April 10, when Irwin Jacobs shot himself after shooting his wife of 57 years, Alexandria, in their Orono, Minnesota, home. Family reports suggest he was despondent over his wife’s dementia, and his own health issues. Both aged 77, they leave behind five children, some involved in the many family businesses.

The Minnesota Star Tribune wrote, “Irwin Jacobs was a voluble, larger-than-life entrepreneur who built a fortune in the 1980s stalking, buying and selling some of the nation’s largest companies. At one time he was a minority shareholder in the Minnesota Vikings football team. While his successes made him a name on Wall Street for a time, he began and ended his six decades in business as a trader of everyday goods.” Those “everyday goods” would be household furnishings sold by the J.R. Watkins Co., presently managed by son Mark Jacobs. And while the one-time marine conglomerate Genmar Holdings is listed in obituaries, it hardly tells of Jacobs’s one-time dominance of the boating industry—just one of the many markets in which he invested…and roiled.

He established a reputation as a volatile and feared corporate raider for buying and breaking up big companies to “unlock value,” earning him the moniker “Irv the Liquidator.” One such conglomerate was AMF, which at various times owned Harley-Davidson motorcycles, Head snow skis, Alcort sailboats (Sunfish), Hatteras yachts, missile launch sites, and DeWALT tools. In 1985 Jacobs’s Minstar Inc. acquired AMF in a hostile takeover, and then sold off many of its divisions, netting millions. At one time Jacobs’s Minstar (later Genmar) owned an impressive list of boat companies that in addition to Hatteras and Alcort included Aquasport, Larson, Glastron, Lund, Crestliner, Cajun, Ranger, Carver, and Trojan. By 1987 he had 1,000 dealers blanketed across the country. But all was not well. Genmar did not post a profit between 1989 and 1997, thanks to a mountain of debt and paying $22.2 million in interest.

His larger-than-life personality compelled him to keep his name in the news, whether it was bass fishing tournaments or fighting to ban PWCs (personal watercraft or jet skis) on small Minnesota lakes. Calling PWCs a blight on the industry, he pulled his 10 boat companies from membership in the NMMA (National Marine Manufacturers Association) in a dispute over granting PWC makers membership.

Perhaps one of Jacobs’s most significant forays into boatbuilding from a technical rather than financial angle was his purchase of VEC (Virtually Engineered Composites) technology from inventor Gene Kirila in 2000. With VEC, lightweight composite molds are set inside matched steel pressure vessels and supported by water pressure. Reinforcements and core materials are manually placed in the mold by a single operator, and resin injected through ports. Heat and pressure are controllable. During my visit in 2005 to the Larson plant in Little Falls, Minnesota, the entire facility had been converted to VEC. It was impressive. Alas, years later, when Larson was relocated to Pulaski, Wisconsin, VEC had been abandoned.

Irwin Jacobs, an aggressive entrepreneur and risk taker, made millions. When I interviewed him alone in his office on the 29th floor of the IDS tower in downtown Minneapolis, he was cool, calm, and confident. His shoes were off, his feet resting high on a board table. He grabbed two bottles of cold water from a nearby mini fridge, tossed one to me, and looking out over the big city below, his Gotham, he seemed supremely happy.