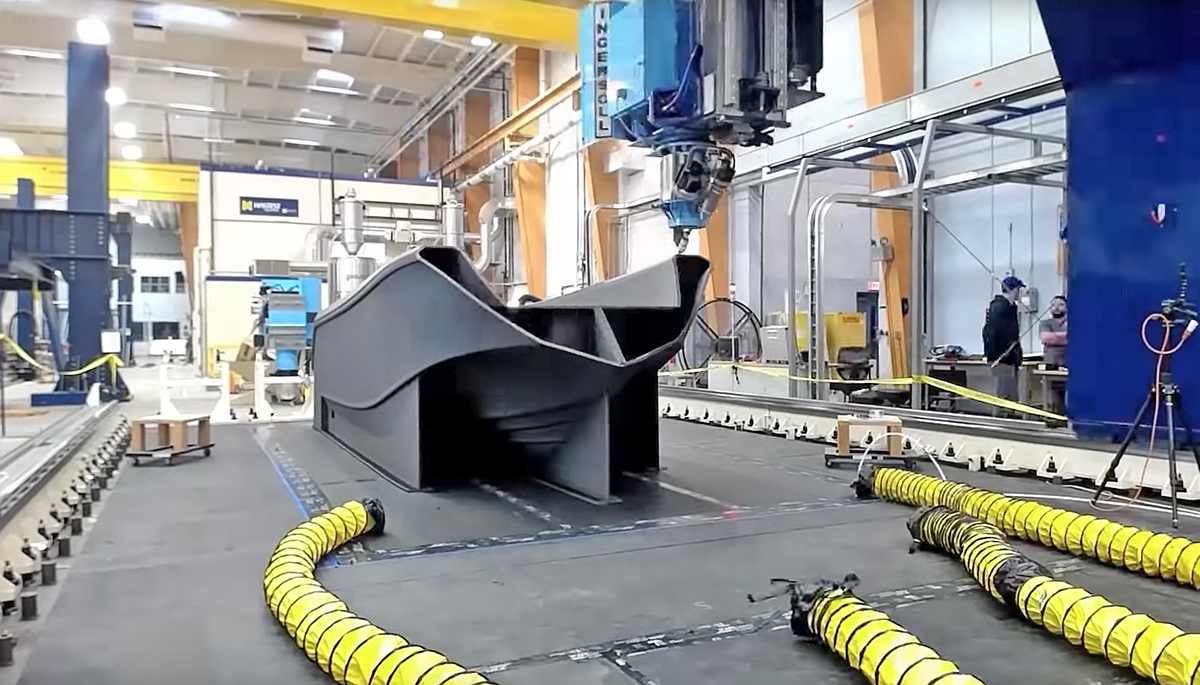 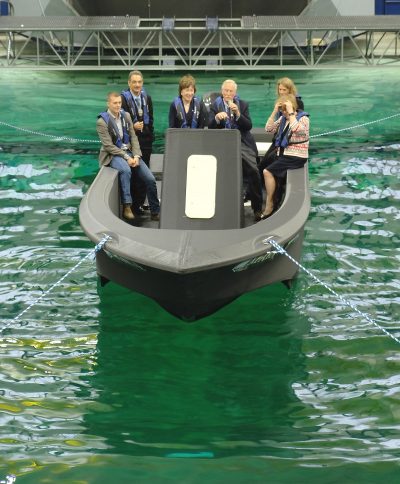 If any listeners doubted James Anderson (Senior R&D Program Manager at the University of Maine’s Advanced Structures & Composites Center) when he told attendees to a 3D-printing seminar Oct. 1 at IBEX 2019 that the pace of development in additive manufacturing necessitated a recalculation of what is possible about every three months, their doubts were erased this week. Nine days after his presentation Anderson and the extensive research team at the University of Maine dramatically redefined what is possible when they unveiled a freshly printed 25’ (7.6m),  5,000-lb, patrol boat on October 10—the world’s largest 3D-printed boat.

Christened 3Dirigo (Maine’s Latin motto is Dirigo—I lead), the boat was the first significant project to be printed on the Center’s new largest-in-the-world (for now) 3D polymer printer from Ingersoll Machine Tools (Rockford, Illinois). Intended as a demonstration of the printer’s capacity, the boat was created in just three days, and after a bit of fussing with imperfections and fitting of very basic systems for the outboard, was ready to float Maine’s Congressional Delegation in the Center’s wave tank during the unveiling. 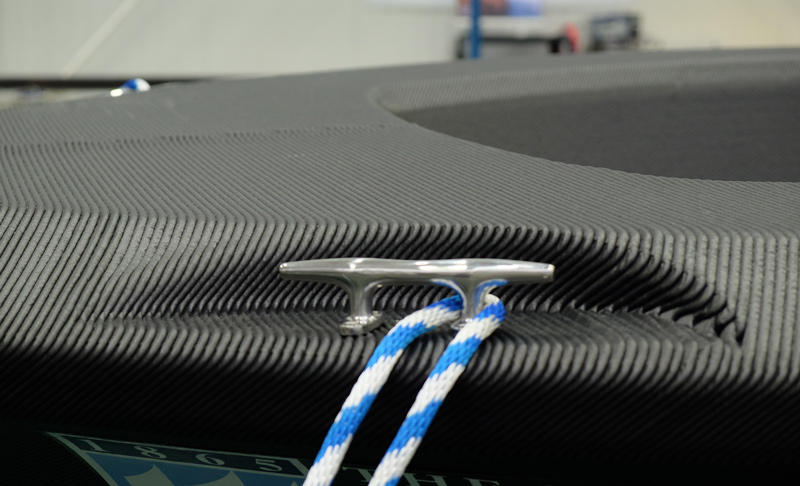 Detail of the demonstrator hull reveals the ridged surfaces that define raw 3D-printed objects. The boat was the first significant piece printed by the Center’s largest-in-the-world Ingersoll printer capable of printing and machining parts that fit in its 70’ x 22’ x 10’ (21.3m x 6.7m x 3m) envelope.

Readers of Paul Lazarus’s article “Large Print” in Professional BoatBuilder No. 181 about the Center’s ongoing research into biodegradable, recyclable thermoplastic resin will know that the more likely boatbuilding applications of the printer and the materials researchers are developing for it are printing molds for conventional FRP construction.

The new printer, with a 70’ x 22’ x 10’  (21.3m x 6.7m x 3m) envelope and integrated 5-axis CNC router for finishing the rough printed surfaces, had the attention of a number of Maine’s major boat manufacturers in attendance. The prospect of quickly printing custom molds for large or small parts out of fully recyclable materials is enticing to builders who are often pressed to add new model lines and innovations to the market as rapidly as possible.

While the Center will continue to focuses a lot of its R&D on forest products applications and military projects such as printed shelters, up-armored tents, boats are a cornerstone of Maine’s civilian economy, and the 3D-printing-house door is most certainly open to boatbuilders from anywhere.