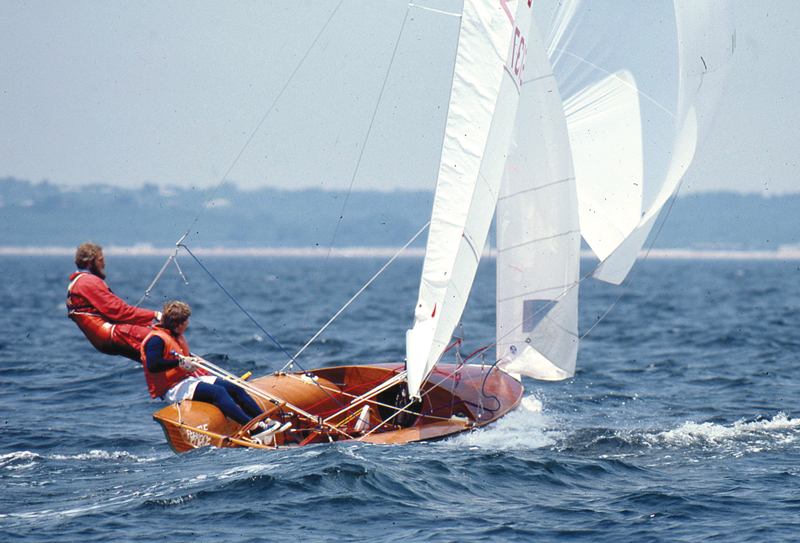 Boston BoatWorks master builder Mark Lindsay works the trapeze of an International 505 racing dinghy as sailcloth manufacturer Bob Bainbridge handles the helm, at the class’s East Coast championships off Newport, Rhode Island, in 1979. (Mark and his wife, Sally, won the North American championship the year before.) Lindsay’s expertise in advanced composites and construction processes began with high-performance one-design small craft like the 505, a class he considers “the best boat ever.”

In Professional BoatBuilder No.182, Paul Lazarus noted the September 6 passing of Mark Lindsay, and included a personal appreciation of his work and influence in the boatbuilding industry and on this magazine over the years. What follows is an excerpt from Lazarus’s 2015 article about Lindsay’s Boston BoatWorks (PBB No. 157) that provides a more thorough account of the builder’s resume—a full and remarkable career in our industry. —Ed.

Mark Lindsay’s boatbuilding career goes way back, to his teens, spanning several one-design and rule boats, and producing numerous champions—Sailfish, Stars, 505s, Fireballs, Flying Dutchmans, Tornadoes, MORC, IOR, and IMS boats—plus much of the technical work on America³, the 1992 winner of the America’s Cup. The reason so many of his boats have been so successful is that he is always searching for strong, lightweight structures, and was among the first builders to use—in boats—what were previously thought of as exclusively aerospace materials.

It is no accident that most of Lindsay’s building career has been committed to sail, the bulk of it to very small craft, and the faster the better. His exploration of how to exploit composites to make sail-powered small craft lighter, stronger, faster began at Massachusetts Institute of Technology, where he studied for a graduate degree in architecture and architectural engineering. (Lindsay started college at Middlebury, but dropped out to work as an “apprentice laborer” in a Marblehead boatyard that had been commissioned to build an A-Cup contender, before pursuing an undergraduate degree in architecture from the University of Pennsylvania.)

Taking information gleaned in a structures course at MIT, Lindsay would test samples to failure in the materials lab. Meanwhile, MIT’s Sailing Pavilion, a boathouse on the Charles River laying claim as the birthplace of competitive college sailing in this country, served as a test tank for him, racing so-called Tech Dinghies. The design dates to 1935, when MIT naval architecture/marine engineering professor George Owen drew the plans and the Herreshoff Manufacturing Co. produced a fleet of 30. Today’s Tech Dinghy, the design’s sixth generation, is a carbon fiber raceboat.

For Lindsay, the interaction of his MIT structures studies and sail-racing experience was formative: it taught him, he said, the important difference between stiffness and strength. Understanding that distinction enabled him, when he turned professional, to give his boats a truly competitive edge by lightening them within a class’s parameters, while making them strong enough for the crew to stress the sailing rig without destroying structure.

After he’d set up shop as an independent builder specializing, at first, in small raceboats, Lindsay continued to experiment with materials and methods. Precisely because the product was small, he could test many iterations within a relatively short time frame. His boats’ overall success on the race course generated more and more business for him in a market niche that, though popular, was also notorious for small profit margins.

A good example of his experimental construction efforts over time came to the magazine’s attention in 1996, when he was based in Gloucester, Massachusetts, as Lindsay Custom Yachts. Responding to an article we’d recently published on switching to high-performance resin systems, Lindsay wrote in to say:

“Since 1979, I have built over 50 International 505 sailboats in production female molds with polyester gelcoat and epoxy laminate, and I can attest to the challenges of innovating with construction techniques. We knew it would be hard to get a successful bond, and just kept trying until we invented a solvent and technique that usually worked. It allowed us to build very light, strong Kevlar laminates with foam and honeycomb cores, and still have a durable in-mold finish. What was a tricky process then, seems routine with today’s products.

“When we started building production boats with 250°F [121°C] epoxy prepregs in 1983, we found a whole new set of gelcoat challenges. One of the more interesting solutions was a polyurethane gelcoat developed for automotive parts. Searching for new answers is what maintains the fascination in this profession.”

Additional examples of R&D that Lindsay conducted (and this magazine reported) years ago include low-cost ways to post-cure epoxy laminates, plus innovative solutions for attaching heavily loaded rigging hardware. Little wonder, then, that Bob Johnstone tapped Boston BoatWorks for his nascent MJM Yachts venture. Lindsay’s many projects over many years feature fearless composite construction, with nearly all those projects high-performance sailboats. 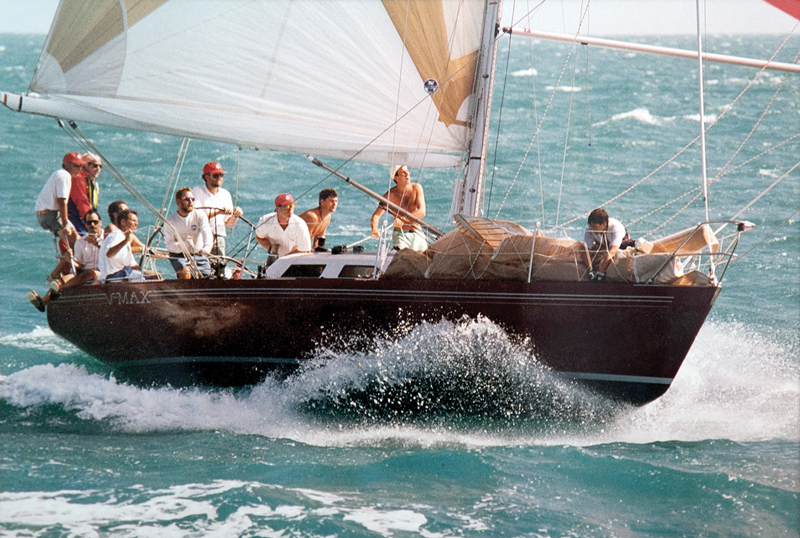