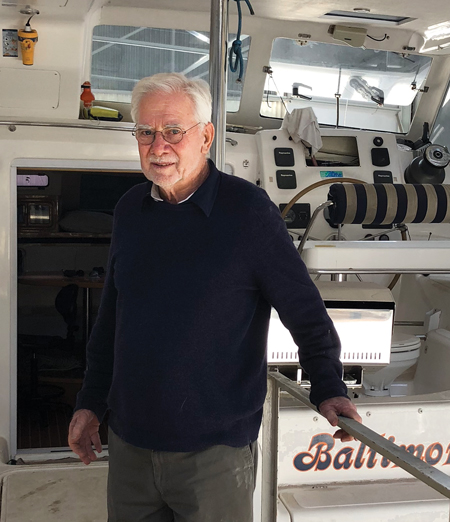 Iconic South African boatbuilder and founder of St Francis Marine (now St Francis Catamarans) Duncan Leth­bridge, 76, died during an armed robbery and assault at his home in St Francis Bay in the Eastern Cape Province, on August 15, 2019. Lethbridge, who made a name for himself building luxurious cruising catamarans and had recently retired, was the recipient of an industry lifetime achievement award from the South African Boatbuilders Export Council.

According to a tribute in Boating South Africa, Rob Brennan, who succeeded Lethbridge at St Francis Marine in 2019, told funeral guests: “Duncan was firstly a gentleman, a legend, and a pioneer, and his passing is a great loss not only to St Francis Marine, the South Africa Marine industry, but to South Africa as a whole. I will always remember our daily technical discussions and tours of the factory. Duncan was very excited by all the new technical developments in boat building and was always looking for new ways and materials to build a better catamaran.”

Lethbridge moved to the Eastern Cape to work for his father in property development before trying his hand at boatbuilding. Early on, he partnered with naval architect Angelo Lavranos, who designed a custom 43‘ (13.1m) catamaran design that Lethbridge built when he started St Francis Marine. Having found his niche,

Lethbridge built high-end cruising catamarans that helped establish South Africa’s reputation as a center for catamaran boatbuilding (see “Return to Cape Town,” PBB No. 180). As the St Francis models grew in size, Lethbridge also became an international household name, winning a Boat of the Year award in the U.S. in 2005.