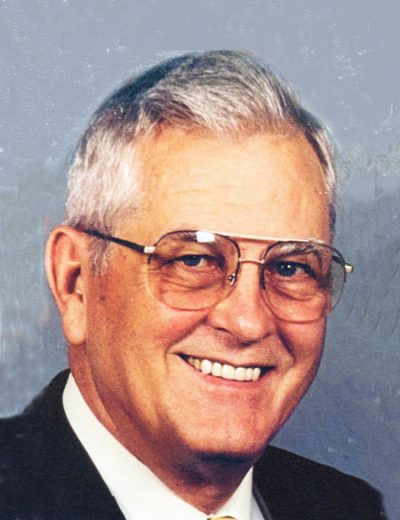 The late Edward Fry was a prolific builder and designer.

He was born in St. Louis, Missouri, on September 8, 1935. Fry grew up at his father Everett’s East Grand Boatyard, where he learned every skill and trade in metal boatbuilding. He served in the Missouri Air National Guard, which led to a lifelong love of flying, and he earned a commercial multi-engine instrument pilot’s license.

In 1955 Fry married Patricia Clarida and moved to Grafton, Illinois, into a former Coast Guard station house on the banks of the Illinois River, next to Grafton Boat Works, which his father had acquired. Father and son grew the yard’s business, building boats for the Army Corps of Engineers, the U.S. Navy, the U.S. Air Force, the Department of the Interior, and municipal and state agencies. During this time, Fry also built a house for his growing family and a new church, all while earning a bachelor’s degree in Business Administration at Southern Illinois University. He built hundreds of boats at Grafton, including the 26‘ (7.92m) Steel King houseboats and cruisers, a 47‘ (14.33m) motor­yacht, fireboats for Boston, towboats for commercial and government operators, and two series of fast aluminum river attack boats for the Navy’s SEAL teams in Vietnam.

In a 1970 trip that was to change the trajectory of his career, Fry hand-carried a bid to Vietnam to construct boats financed by the U.S. State Department. He left Grafton in 1971 and moved to Pine Bluff, Arkansas, where he built a shipyard on the Arkansas River. Simultaneously, he also started a yard in Louisiana to build aluminum boats. Next, he moved to Oak Brook, Illinois, selling marine equipment for a large import-export firm, and then to Houston, Texas, where he continued to sell boats and diesel engines but also got his start as a yacht designer and builder, consultant, and project manager.

In his new career, owners and builders demanded much of his time and attention, which took him all over the world, including the Middle East, Europe, and Japan. After being flooded out of Houston, the Frys moved to Franklin, Tennessee, where he continued his yacht design and consulting business. After a long project in Italy, they settled in North Fort Myers, Florida, where he set up shop as Fryco Yachts, serving his clients and working with builders such as CRN, Logos Yachts, and CBD.