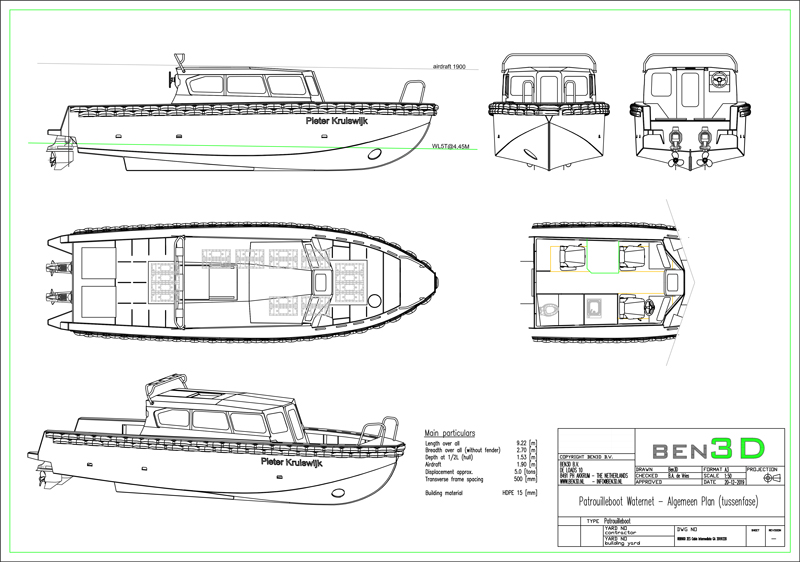 Traveling any portion of Amsterdam’s more than 100 kilometers (62 miles) of canals, or grachten, visitors quickly realize why The Netherlands’ constitutional capital is also called the “Venice of the North.” Another parallel to the famous Italian city is Amsterdam’s designation as a UNESCO World Heritage Site, which also applies to its 17th-century Canal Ring Area.

As in Venice, Amsterdam’s canals are working waterways heavily trafficked by thousands of boats shuttling goods and people as they have for centuries. While there are not many gondolas in Amsterdam, the variety of craft is impressive in size and design. Kayaks, houseboats, cocktail cruisers, cargo barges, and an endless parade of water taxis and crowded tour boats all seem endowed with an innate ability to navigate the tightest turns and shoehorn into the tiniest docking spots.

That ability is enhanced by pod drives and bow and stern thrusters, which are immensely practical but of little help in squeezing the craft under the 1,500 low bridges that crisscross these canals. This unavoidable restriction in air draft challenged the staff at Ben 3D, who were commissioned to design a new 9.2m (30‘2“) patrol boat for Waternet, Amster­dam’s water management company. 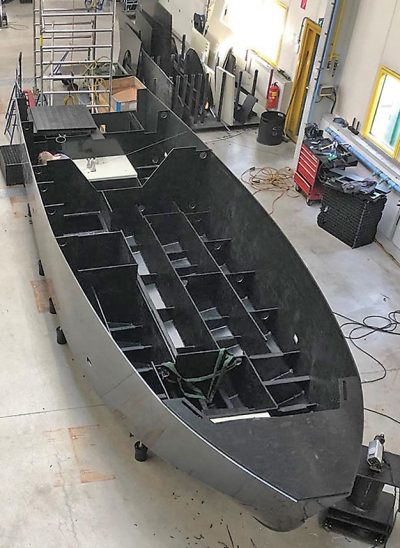 The builder, Tideman Boats, specializes in sturdy workboats made of high-density polyethylene (HDPE); see “Black Plastic Boats,” PBB No. 179. “This vessel will get a 10-hour range (at 8 kmh/5 mph) and has 90 kWh of LiPO4 batteries by New Electric Marine, our partner on this build,” company president Bruno Tideman explained via e-mail from Gabon, where he had delivered eight of his conventionally powered offshore crew boats. “Waternet uses this vessel to patrol and survey the Amsterdam canals. Ten hours of autonomy with zero emissions—they have to set the right example in this UNESCO World Heritage Site.”