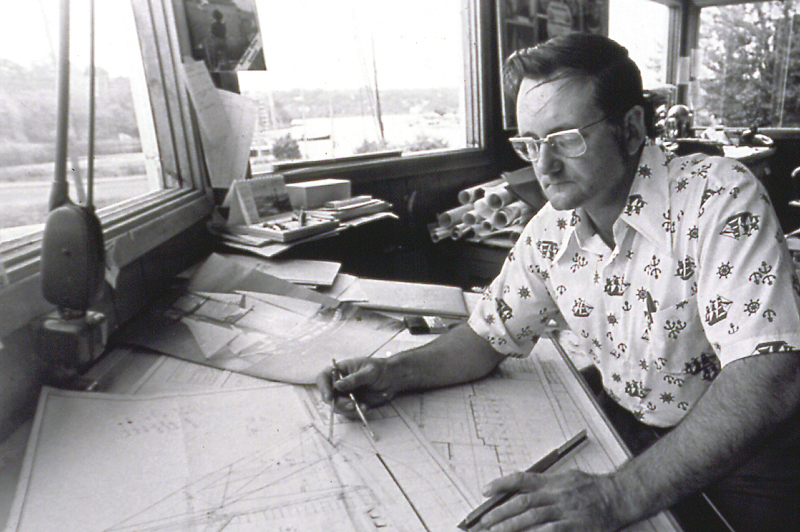 A young Douglas Rosborough goes over plans at the drafting table in his office.

James Douglas (Doug) Rosborough, founder of Rosborough Boats of Halifax, Nova Scotia, died on April 23, 2020, a casualty of the COVID-19 pandemic. He was 91.

A self-taught designer, Rosborough started out mucking around with boats and hanging around seafarers on the Halifax waterfront, eventually going into business as Atlantic Marine Ltd, which operated out of the old Pickford & Black wharf. 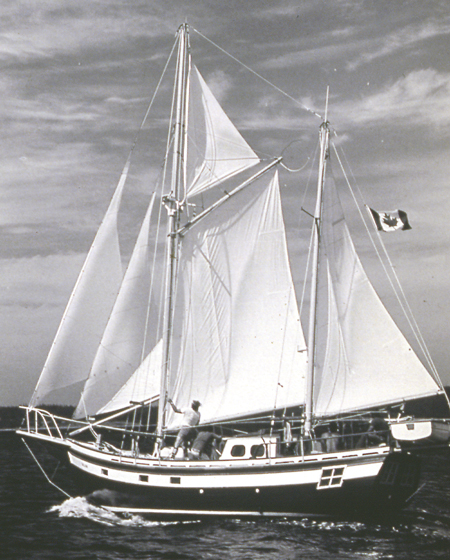 After several years of dealing in used boats and gear, and surrounded by waterfront characters while finishing his engineering degree at Dalhousie University, he began his boatbuilding career by repurposing surplus Newfoundland fishing schooners and salt bankers. Hiring Nova Scotia boatyards, Rosborough turned these vessels into pleasure craft and custom replicas and in 1955 established Rosborough Boats.

Several of the area’s best wooden boat building yards kept busy producing 30‘ to 85‘ [9.14m to 29.9m] vessels of his design, breathing life into the Golden Age of Sail in Nova Scotia. His most familiar design, the schooner-rigged Privateer class, was sold all over North America. Of the 140 designs that bore his name, many were built by boatyards in the Maritimes, such as A.F. Theriault & Son.

As the industry moved from wooden sailing craft to composite powerboats in the 1970s, Rosborough and his son Bob designed and built boats for leisure and commercial customers and government agencies. Over time, the designs morphed from full- to semi-displacement hulls, fast rescue craft, and special-purpose boats. 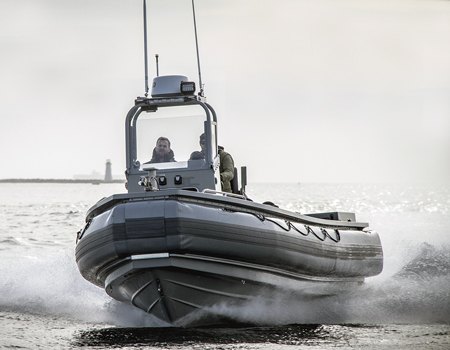 One of the 8.50m (27’11”) Rough Water high-speed RIBs the company has been building for Canadian government agencies.

Rosborough’s creativity, skills, and evolutionary thinking were essential to his development of advanced high-speed rigid hull inflatable boats (RIBs), D-collar military vessels, and multi-purpose boats for clients that included the Canadian Coast Guard, the Department of Fisheries & Oceans, and the Royal Canadian Navy.

Inspired by the company founder’s legacy and ideas, Bob and Heaton, Rosborough’s grandson, are now at the helm of Rosborough Boats, celebrating the firm’s 65th year of boatbuilding while developing production and custom vessels for today’s markets.

For his contribution to Nova Scotia’s boatbuilding industry, Rosborough was awarded a Lifetime Achievement Award by the Nova Scotia Boatbuilders’ Association in 2007, and in 2010 he was a guest speaker at the Nova Scotia In-Water Boat Show.