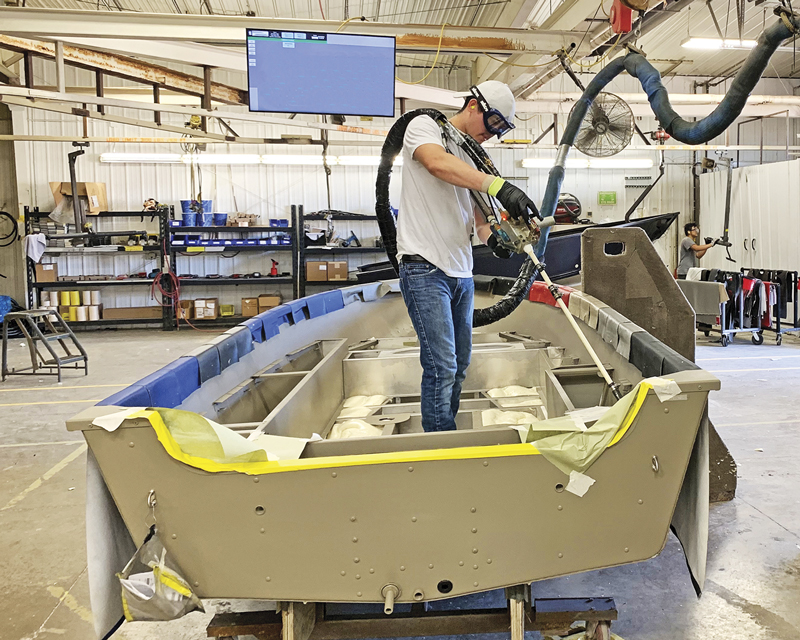 A technician blows HFC foam into the hull cavities.

While COVID-19 dominates the headlines, the slow burn of climate change is still with us and increasingly impacts how boats are built. Take, for instance, the replacement of hydrofluorocarbons (HFCs), used in refrigerants and blowing agents, with polyurethane foams in thermal insulation or as flotation. That’s part of the on­­going battle against ozone-depleting substances (ODS), as mandated by the Montreal Protocol, an international treaty from 1987. Hydrofluorolefin (HFO) promises to address some of these concerns.

It started with the ban of the chlorofluorocarbons (CFCs) in nonflammable foam blowing agents and refrigerants like Freon (see Nigel Calder’s “Refrigeration Roulette,” PBB No. 154, page 28) after CFCs were recognized in the 1980s as a contributing cause of a giant hole in the ozone layer over the southern hemisphere. The first step was replacing CFC with HFC, which doesn’t deplete the ozone layer but still contributes to global warming. The next step is for HFCs to be substituted with HFO and other chemicals said to be more efficient, have lower global warming potential (GWP), and break down quickly, reducing atmospheric lifetime to a few weeks, from what used to be years or decades.

The timetable that drives the worldwide phaseout of HFC is determined by the Kigali Amendment of the Montreal Protocol, which went into effect January 1, 2019. It was ratified by 81 countries, including Mexico, Canada, and virtually all large European boating markets but not the U.S. The deadlines for signatories’ compliance are staggered, ranging from 2019 to 2028. Following California’s lead, boatbuilders in the U.S. and elsewhere took note and have been phasing out HFC. Here’s a timeline of key research and regulatory actions:

In 2019, the National Marine Manufacturers Association (NMMA) weighed in on this topic: “Due to the logistical challenges of building a boat for California only, NMMA recommends that boat builders start discussions with their foam supplier and begin transitioning to a non-HFC blowing agent. Even if you have no plans for sales in California, Canada will be following California with a similar rule in 2021. Fortunately, suitable U.S. Coast Guard–approved alternatives exist.”

We asked the Brunswick Boat Group, the country’s largest manufacturer of leisure boats, about solutions that are better for the environment. “In early 2019, when California first considered banning the use of certain types of foam-expansion agents in all products entering into commerce into the state in 2020, we began to test and validate a safe equivalent alternative agent that could be used across all product lines,” explained Dave Marlow, director, Product Integrity/Government Affairs. After validation tests, the company transitioned to a “compliant alternative process,” i.e., the Autofroth system by German chemical manufacturer BASF. Brunswick’s domestic manufacturing sites, and plants abroad that ship products to the U.S., such as the facility in Reynosa, Mexico (which produces Bayliner, Sea Ray, Heyday, and Lund fiberglass sport boats), were modified to meet California requirements, Marlow added.

Autofroth, BASF’s portable system for rigid-polyurethane foaming, distributes chemicals with dispensing guns at a rate of 6 to 110 lbs/min (27.2 to 49.9 kg/min). While BASF provides the dispensing equipment, two-component polyurethane isocyanate, polyol chemicals, and technical services, the users cover electricity, nitrogen, water, and plant air. The chemical is transported in portable tanks, which are returned to BASF to be refilled. Supported blowing agents include HFC 134a and 245fa (now banned in California) and products based on HFO, CP, and water. 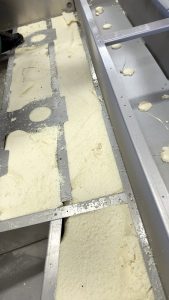 The new type of HFC buoyancy foam is blown and faired into cavities under the seating area.

A competing solution comes from Foam Supplies Inc. (FSI), which for nearly two decades has been selling foam products with zero GWP, ODS, and zero volatile organic compounds (VOCs) to a variety of industries including automotive, appliance, refrigeration, construction, and packaging. In the boating market, FSI’s customers include builders such as Supra Boats, White River Marine, Alumacraft, and Nautic Star, which apply foams for multiple applications—flotation, insulation, seating, and cushioning.

At the center is FSI’s proprietary, patented, and EPA-approved Ecomate blowing agent, a liquid ester “highly soluble in water and miscible with most organic solvents, including other foam blowing agents,” the technical data sheet explains. It also has a low molecular weight, meaning less quantity is required to reach needed densities.

“HFO is the new kid on the block,” Chris Woods, FSI’s account manager of the Midwest region said, while “Ecomate has been on the market for nearly two decades.” It’s a “drop-in replacement” for builders who want to transition from HFC to less-harmful products and “use their equipment with only small changes in manufacturing,” he added. FSI also sells Ecomarine, a PU floating foam that “offers superior flotation properties and enhances structural integrity” and “complies with U.S. Coast Guard requirements under Title 33 CFR,” according to a 2019 press release. Woods said that the USCG uses Ecomarine foam to keep aids to navigation afloat on inland waterways.

Ecofriendly foam products in boats are a tiny step in the direction of slowing climate change.