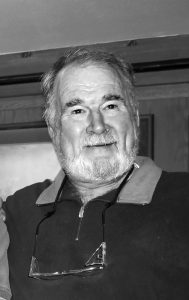 In 1969, Dugie Freeman and his father, Ed, along with Jim Howard formed Freeman-Howard, a company that built oceangoing commercial fishing boats. The first one was an all-steel Edwin Monk–designed double-chine 58‘ (17.68m) long limit seiner. The boat would focus on the fertile pink pandalid shrimp grounds off the southern Oregon coast. It was the only all-steel hull/steel top-house vessel built by Freeman-Howard and the first of 25 vessels constructed over a period of 12 years. Other boats were destined for the salmon, tuna, halibut, shrimp, sablefish, and crab fisheries from California to Alaska. The Freemans and their crew also built some of the first all-aluminum, all-welded commercial fishing boats up to 80‘ (24.38m) in the United States.

In 1977, Freeman, Ed, Philip Wright, and Bo Shindler formed Freeman Marine Equipment to build and sell a commercial-grade deck hatch. They installed a foundry in Freeman’s garage to start casting hatch covers. After two years demand grew, so they acquired commercial property south of Gold Beach, Oregon. Freeman and Shindler purchased the interests of the other partners in the early 1980s, and the company expanded to include many different types of marine closures (hatches, doors, windows, and portholes), leveraging their boatbuilding experience to serve clients worldwide: oceangoing commercial fishing and oil supply vessels, U.S. Navy and U.S. Coast Guard craft, passenger-for-hire vessels, recreational boats, and megayachts.

Freeman focused on the manufacturing of all the Freeman products, and his innovative ideas drove product development and manufacturing processes. They started with a 4,000-sq-ft (371m²) factory building at Hunter Creek but over the next 35 years added buildings and equipment, growing the facility to more than 100,000 sq ft (9,290m²) under a single roof and attaining (International Organization for Standardization) ISO 9001 certification. Freeman Marine Equipment’s international efforts were also recognized by the Federal Small Business Administration as Exporter of the Year, a distinction separately awarded by the State of Oregon. In 2011 Freeman sold Freeman Marine Equipment and retired.