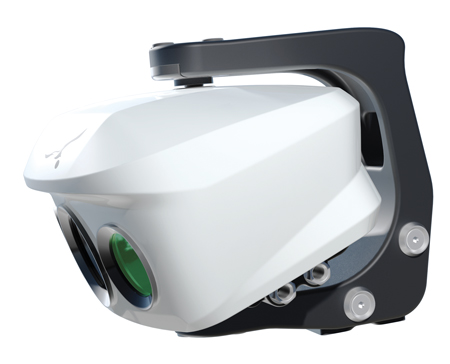 To be effective, the Oscar collision avoidance system’s camera unit must be mounted as high as possible.

Deadheads, sleeping leviathans, wayward shipping containers, maybe a disabled autonomous surface vessel, or a drifting wreck: countless unknown (and unseen) floating objects (also referred to as UFOs) that populate the ocean’s surface can ruin a mariner’s day or, worse, sink the ship. Depending on who’s reporting, estimates for containers lost overboard at sea annually vary between a few hundred to more than 10,000.

The European-based BSB Group is tackling this issue, which primarily concerns commercial shipping and ocean racers but also recreational bluewater sailors. It develops and markets several different versions of Oscar, an intelligent self-learning collision-avoidance system that recognizes obstacles and warns the on-watch crew. It consists of two thermal cameras, one daylight camera to be installed at the highest possible point on the boat, and an AI computing unit that resides in the hull.

According to the company, the system identifies floating objects during day and night that “neither the crew nor the radar or sonar system will detect.” For now, evasive action still requires human intervention, but BSB is working on an integration of Oscar with autopilots to automatically alter the boat’s course based on heading, boat and wind speeds, and the obstacle’s speed, course, and bearing. Initially, this functionality will be available only on more advanced systems for racing yachts.

Oscar was inspired by Advanced Driver-Assistance Systems (ADAS), a technology tested in self-driving cars using computer vision and automatic activation of emergency braking to prevent collisions. According to BSB, the system’s artificial intelligence is based on deep learning and relies on a network of artificial neurons inspired by the human brain. Like spell-checking or translation software, Oscar supposedly gets smarter with increased use. “The more the…database is enriched by information stemming from users’ on-the-water experience, the better the system will perform,” the company says.

Oscar was developed by Raphaël Biancale, a Franco-German automotive engineer, who leads a team of 20 engineers in France, Austria, and Portugal specializing in computer vision and artificial intelligence. To optimize the system for nautical use, they sought input from French offshore racing teams in the IMOCA 60 and ULTIM classes, including top skippers such as Jean Le Cam, Vincent Riou, François Gabart, and Armel Le Cléac’h. 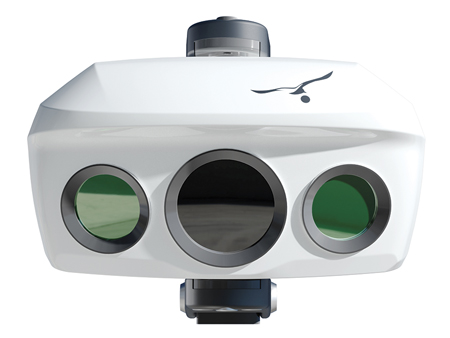 Three cameras, two thermal and one daylight above deck, send data to an AI unit installed inside the boat.

As BSB is expanding into the recreational market, I asked the company about Oscar’s ability to pick out objects that have the same temperature as the water, like driftwood or kelp. Spokesman Patrick Haebig: “The thermal cameras in use have a sensitivity of 0.05°C [0.09°F], [and] don’t really measure temperature but light intensity in the long-wave band infrared range. This intensity greatly depends on temperature but also surface material and roughness. Therefore, identical temperatures are no problem, as long as material and surface are different.”

Thermal cameras are a useful aid to human night vision, but users must actively follow objects on the screen to be able to distinguish them. Fog and rain are limiting factors, so Oscar relies on computer vision (a technology that processes images recorded by cameras) and artificial intelligence to recognize objects in the images the cameras provide.

Oscar is Data Based

As stated above, the more data the merrier when training a neuronal network, which is at the heart of self-learning technology. So far, more than 50 million images have been uploaded to Oscar’s database, which receives about 40,000 new photos every week, but only a fraction of them with useful data. Still, the manufacturer says, Oscar has a success rate of approximately 95% in detecting floating objects the size of a mooring buoy or larger. The specifications of the Advanced Series claim that the unit is capable of detecting an object with a surface area of 1m² (10.76 sq ft) at a distance of 150m (492‘) and a 6.5m (21‘) object up to 1,000m (3,280′) away. 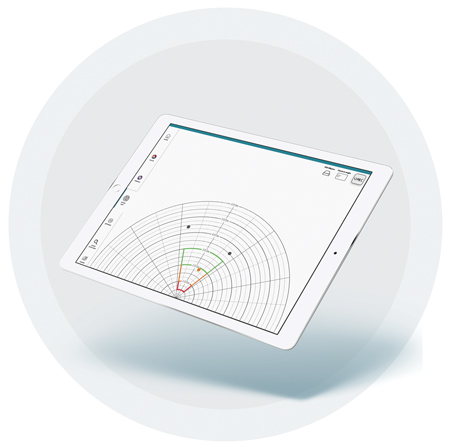 The system monitors a zone forward of the bow, graphically represented here.

Other challenges for Oscar are changes in weather and perspective, making objects look different to the camera, so multiple images of each object must be recorded under all conditions and from different angles before getting uploaded to the database and annotated. And lastly, the camera mounted high up on any boat is subject to vessel motion, which is amplified at elevation, so robust image stabilization is another must-have for Oscar.