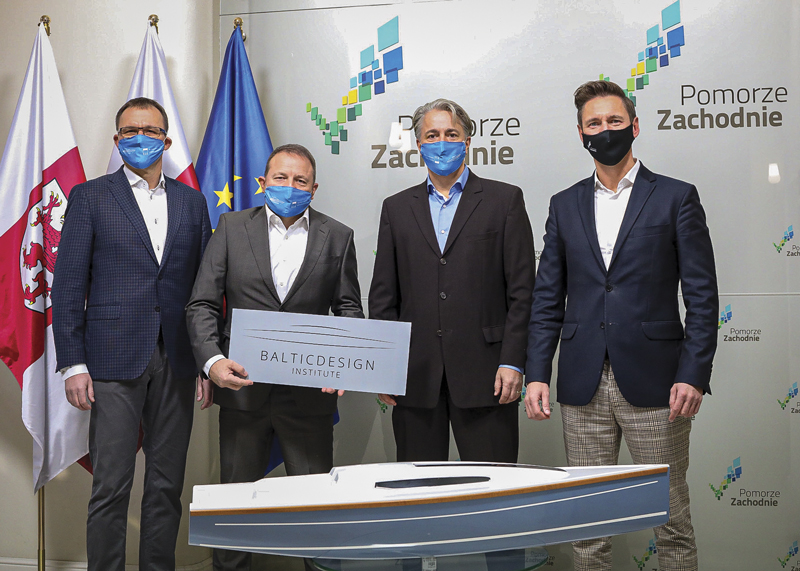 HanseYachts AG, one of the world’s big manufacturers of recreational craft, located in Greifswald, Germany, with additional factories in Poland and France, and its Polish subsidiary, Technologie Tworzyw Sztucznych Sp. z o.o. (TTS), announced the establishment of the Baltic Design Institute (BDI), an R&D facility, in Szczecin, Poland.

The location for this new venture in West Pomerania was chosen for its close ties to the sea and its long ship- and boatbuilding traditions, for its convenient proximity to Hanse’s headquarters in Greifswald (80 miles/127 km) and to its Polish production site in Goleniow (23 miles/37 km), for the region’s economic strength, the town’s colleges, and the availability of skilled engineers.

“We are very confident in having made the right choice for a very attractive place to live and to work and to strengthen our internal engineering competences by hiring a highly skilled and motivated new development team,” the press release quoted company CEO Jens Gerhardt, who shared the limelight with local politicians at the official announcement.

“In West Pomerania you can not only sail but also build and, soon, design yachts,” stated Olgierd Geblewicz, Marshal of West Pomerania. “The TTS in the Goleniow Industrial Park has grown to become one of the most important employers in the region…[and] announcing the research and development center in Szczecin, HanseYachts AG also recognized the innovative potential of West Pomerania.”

Raoul Bajorat, head of development, touted “the remarkably close integration of designers, engineers, technologists, and production sites…all over Europe.” We asked Bajorat about the number and the types of engineers Hanse is looking for. “Naval architects, structural engineers for composites, mechanical engineers, and 3D modelers,” he replied. “The company will start [hiring] in January 2021. Over a period of three years we want to recruit up to 20 engineers.” Bajorat also pointed out that the BDI is an addition to the existing development unit in Greifswald and that its role will evolve over time. “So far the plan is to develop all power and sailing yachts of the portfolio and in the future maybe [also] completely new product ranges or brands [at BDI].”

He is optimistic about the potential synergies, such as improved cooperation between the far-flung Hanse entities. “To host competencies like naval architecture and structural engineering, which today are subcontracted in most cases, project-to-market periods, and design-to-cost efforts will be improved as well,” Bajorat added. One possible field of research is the use of sustainable composite materials in production, which the company has yet to adopt. “With increase of capacities we will have the chance to look closer at such experimental technologies.”