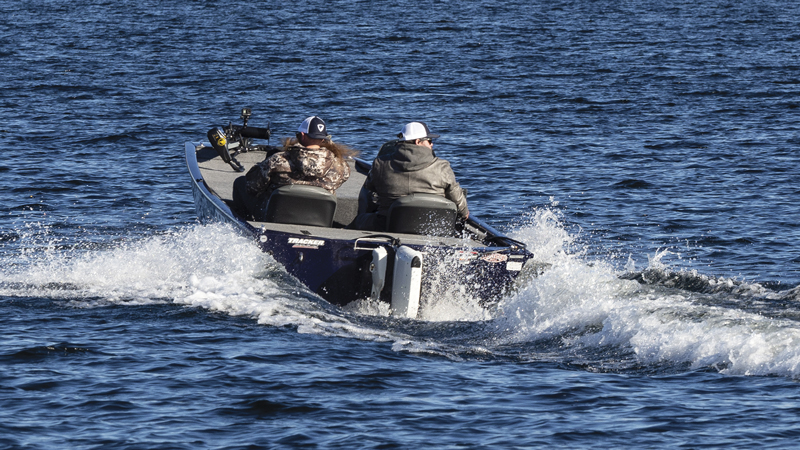 The push for cleaner and more efficient propulsion technology received another boost from Senator Maria Cantwell (D-WA), who introduced the Fueling America’s Security and Transportation with Electricity Act of 2021 (FAST Electricity Act) to expand the existing Advanced Technology Vehicles Manufacturing (ATVM) loan program and create a new federal tax incentive to accelerate the manufacturing and adoption of all types of electrified transportation. The FAST Electricity Act’s “Qualified Electric Transportation Option” applies to vessels and vehicles that can move passengers or cargo and are powered by an integrated onboard electric-propulsion system with a battery capacity of at least 8 kWh.

The announcement by Cantwell’s office in late May was praised by the National Marine Manufacturers Association. “The recreational boating industry applauds Senator Cantwell’s introduction of the FAST Electricity Act that would enable marine businesses to invest in next-generation propulsion technologies and associated charging infrastructure,” said Callie Hoyt, NMMA director of federal affairs.

According to the Joint Committee on Taxation, the FAST Electricity Act would invest $5.2 billion over the next decade to help build the market and spur the adoption of electric-powered vehicles. “We need to tackle other areas of our transportation infrastructure that will help us be competitive and to tackle climate issues. I’d like to thank the Chair for including my proposal to establish a landmark‚ a 30% credit for electric vehicles beyond passenger cars. This is an opportunity for us to look at everything from buses, to trucks, to the maritime community with boats, even planes and other industrial equipment like electric-powered forklifts, tractors, and port equipment,” Cantwell said. In 2007 she also partnered with former Senator Orrin Hatch (R-UT) and then-senator Barack Obama to introduce legislation that led to the $7,500 tax incentive for electrified passenger vehicles—the blueprint for this new proposal.

The bill’s framework calls for a federal tax credit of 30% (valid from January 1, 2022 to December 31, 2028, then decreasing by 5% each year and going to 0% after 2032) for emerging electric-transportation options beyond passenger cars, including planes, boats, and recharging and hydrogen-refueling stations. It also seeks to provide federal loan guarantees to support capital investments in associated domestic manufacturing capacities.

“Sen. Cantwell’s FAST Electricity Act is a potentially game-changing incentive program that would shorten the timeline for the viability of electric marine propulsion by years and dramatically expand the use cases for which it becomes the best option for the customer today,” said Andy Rebele, founder and CEO of Pure Watercraft, a Seattle, Washington, company that designs and builds electric-outboard-propulsion systems (see “Pure Watercraft, an Electric Start-Up,” PBB No. 185). “The incentive as drafted is a much higher percentage of a boat’s value than the incentive for cars but a bargain in terms of cost per unit of toxic pollution removed from the environment, about 100x the reduction per [dollar] of the automobile incentive.” 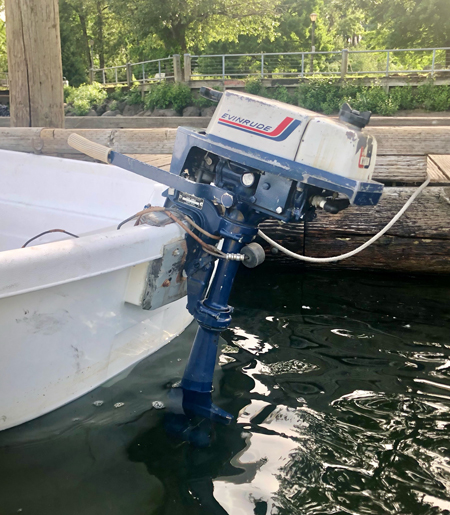 Small electric outboards that replace old and inefficient gasoline dinghy motors would not benefit from the tax credits.

A dissenting opinion comes from Joe Grez, founder of EP Carry, a manufacturer of small electric outboards in Washington State. Like Rebele, he welcomes the initiative, but he is critical of the battery requirement that specifies an “aggregate capacity of not less than 8 kilowatt-hours.” In his view, this provision would skew the tax incentive to favor larger boats while limiting the stimulus for replacing small, outdated, and inefficient two-stroke outboards that degrade air and water quality, with clean, quiet electric units that are easily substituted.

“Boatbuilders and electric-propulsion manufacturers should be very excited about the FAST Electricity Act. However, if you make small boats or sailing vessels that use motors of less than 20 hp [15 kW], you will be left out,” Grez said. “Eight kWh is too large for about 40% of the powered boats in use—daysailers, camp-cruisers, dinghies, jonboats, inflatables, and fishing kayaks, among others.

“The tax incentive is significant enough to reduce the consumer cost of a new boat and motor by thousands and in some cases by tens of thousands. It would be a shame if only large boats and wealthy buyers were included in this opportunity. New boaters get their start with smaller boats, and they deserve the benefit of a tax credit, too,” said Grez.

For details of the FAST Electricity Act, read the bill’s text on  Cantwell’s website.