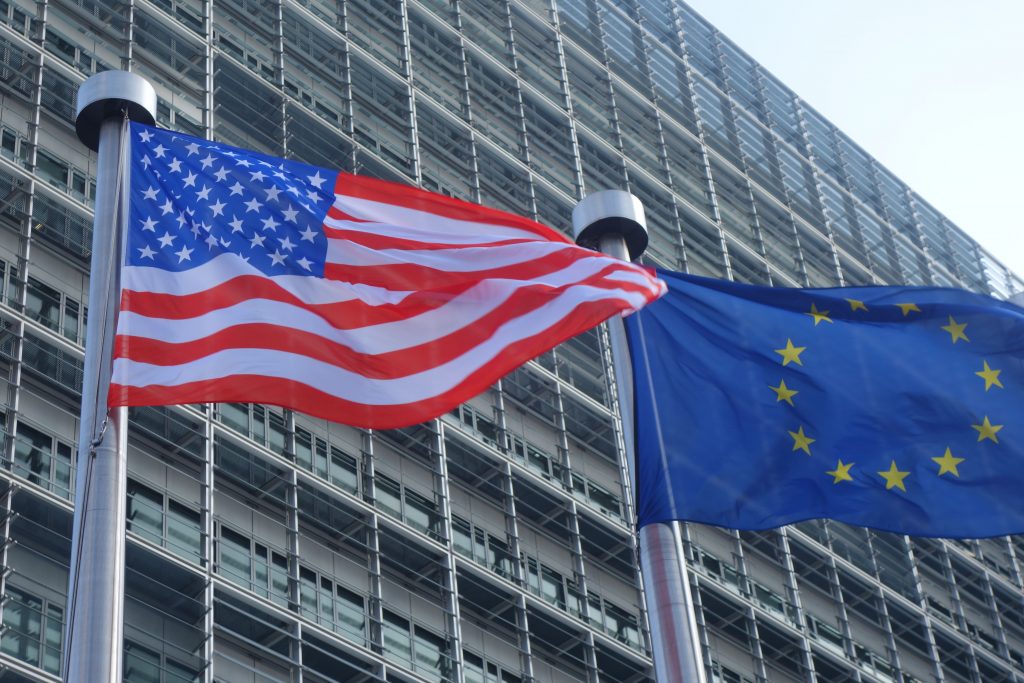 An update about the trade tariffs that continue to affect US boat builders. In May the news ticker came to life with updates of the tit-for-tat trade war between the U.S. and the European Union initiated by the Trump administration in 2018 that has deeply affected the export of U.S.-built recreational craft to European markets. Shrouded in political jargon, the release said that European Commission Executive Vice-President Valdis Dombrovskis, United States Trade Representative Katherine Tai, and U.S. Secretary of Commerce Gina M. Raimondo announced “the start of discussions to address global steel and aluminum excess capacity” and agreed to “chart a path that ends the WTO (World Trade Organization) disputes following the U.S. application of tariffs on imports from the E.U. under section 232.” No word about boats, but section 232 tariffs are the reason why exports of U.S.-built boats to Europe have plummeted.

The good news, as Frank Hugelmeyer, president of the National Marine Manufacturers Association (NMMA), informed us, is that the 25% of retaliatory tariff on American boats heading to Europe did not double on June 1, 2021, as originally scheduled. The bad news: The 25%, which have had a ruinous effect on boat exports to the E.U. since 2018, remain in place while U.S. and E.U. negotiators seek to reach “a comprehensive agreement that removes retaliatory tariffs on American boats by the end of 2021.”

“NMMA has been focused on preventing these damaging tariffs from increasing to 50%,” Hugelmeyer stated, acknowledging, “We still have work to do to fully level the playing field for American boatbuilders.” Working with their counterparts at European Boating Industry (EBI) Hugelmeyer pledged to continue engaging with negotiators on both sides of the Atlantic “to ensure our industry’s concerns are addressed in a final agreement.”

But the cheers from that industry were muted. Brunswick—the largest U.S. builder of recreational craft, with more than 14,000 employees and 2020 revenues of $4.35 billion (about two-thirds in the U.S.) and European operations in Vila Nova de Cerveira, Portugal, and Verviers, Belgium—declined to comment. More forthcoming was Rhode Island–based J/Boats Inc., designer and marketer of sailing yachts. J/Boats has a licensed builder in Europe, J Composites in Les Sables d’Olonne, France, but still took a hit. “We have almost as many inquiries from Europe as we do from North America, but as long as the 25% tariff remains, the E.U. export market is essentially closed to us, except for models that we have built in Europe,” stated company president Jeff Johnstone. “Since the 25% tariff already effectively shuts down exports from the U.S., an increase to 50% [would not have been] very impactful.”

Johnstone added that other retaliatory tariffs for Mexico and Canada had an immediate and dramatic impact. “In the six years before the tariffs, we exported 44 boats to Mexico, 16 to Canada, and 20 to Europe. When the tariffs were announced in June of 2018, three larger orders to the E.U. were canceled, and pending orders from Mexico and Canada were put on hold. The Canada and Mexico tariffs have since been rescinded, but neither export market has returned to pretariff levels, and potential European clients remain on hold, waiting for positive movement on the 25% tariff still in effect.”

Another Rhode Island company doing business with Europe is Fulcrum Speedworks in Bristol, which builds small foiling and planing dinghies (see “A Cleaner, Faster Infusion Shop,” PBB No. 183, and “The People’s Foiler,” PBB No. 166). “It was catastrophic. We lost about 60% of our business in Europe,” said company founder Dave Clark. “We had to make up for that by doing everything we could with sales in North America, which worked relatively well, but it was hard. The blow we took in June 2018 fundamentally changed the trajectory of the company.”

Asked if setting up a licensed building operation in Poland or any other E.U. country with a skilled boatbuilding workforce was an option to evade trade tariffs, Clark, who has a degree in economics, was clear: “Absolutely not. I would not if I could. We achieve what we’re able to achieve by tightly controlling quality under our own corporate structure, full stop. As a result we’re able to maintain a strong chain of command which ensures a high level of corporate excellence and product and process integrity.” Clark maintains it makes little or no difference for his customers, who’d have to pay more, whether through a surcharge that’s caused by the tariff or by higher costs associated with outsourced manufacturing. In the meantime, he continues to focus on North American and foreign markets like Asia and Australia, which are not affected by section 232 tariffs, but he looks forward to the day these issues are resolved. “I expect the economy to grow by 20% the second this is ironed out.”