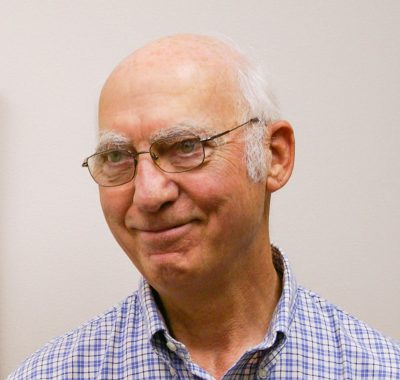 Last July, we were saddened to hear of the passing of Tom Johannsen at age 88, a trailblazer in the development of lightweight foam-cored composite laminates, and a true gentleman in a competitive industry.

Johannsen was born in Germany in 1933 and immigrated to Canada in the 1950s, abandoning a career in the family textile business for a new one in the rapidly expanding plastics industry, focusing on promotion and sales of Airex linear PVC foam cores. At the same time, he became involved in competitive dinghy sailing, combining both passions with the building of an Airex-foam-core Finn dinghy he named Huckleberry. Cored construction, of course, was outside the class rules, but that wasn’t the point. Johannsen almost single-handedly pioneered the use of foam cores in North America when the marine industry predominantly used balsa core. Indeed, it was through his input and efforts that the Peter Hatfield–designed Porpoise III, the first boat with a fully foam-cored hull, was built in Vancouver in 1967, barely two years after Red Jacket, the first yacht with a fully balsa-cored hull, was splashed. Further projects included fishing boats, megayachts, racing sailboats, high-speed powerboats, and architectural applications.

Moving to New Jersey in the 1970s with the building of an ill-fated Airex plant in the U.S., Johannsen continued to promote and sell Airex cores through his own company, Torin, an amalgam of his and his wife Karin’s first names. In 1973, Johannsen also published his first book on cored construction, One-Off Fibreglass Sandwich Construction. This was eventually superseded by his next book, Core-Cell Design Manual, in 2001. In that respect, Johannsen literally wrote the book on foam-core construction.

After Airex cancelled the distribution agreement to hand the product to a large nationwide distributor, Tom and Karin returned to Canada, relocating to Oakville, Ontario, and established a new company, ATC Chemicals, named for the partnership between Bill Borntraeger’s distribution company, Armkem, Tom Johannsen, and Raymond Conway. Based in Drummondville, Quebec, ATC produced polyester bonding compounds that Johannsen and Conway had pioneered for the installation of Airex core and the bonding of the highly popular Laser dinghy.

However, Johannsen already had another ace up his sleeve. Working with his former mentor from Airex, the retired Karl Brandl, he developed a new formulation for a linear foam core based on then-new SAN chemistry (styrene acrylonitrile). He called it Core-Cell, started limited production in Drummondville in the mid-’90s, and also attained two-thirds ownership in ATC. Demand for core materials and polyester bonding compounds, especially the pump-applied Poly-Bond B39, increased exponentially, so the decision to build a larger plant in Drummondville made sense. But timing could not have been worse, with the groundbreaking taking place on September 11, 2001. Following the terror attack on the World Trade Center in New York, demand for Core-Cell in the marine and the rapidly emerging wind-energy markets declined precipitously. In addition, cost overruns during the construction of the new plant resulted in ATC’s acquisition by SP Systems, which in turn was acquired by Gurit in 2002. Johannsen lost his ownership in Core-Cell but retained the bonding compound business and the ATC name, and rapidly reestablished the financial viability of the company, before selling to Scott Bader in 2013.

That is when Tom and Karin finally retired from a life in cored composites and the marine industry, with him returning to his other love, sailing, spending more time on Huckleberry II, a 31’ (9.4m) Herreshoff cat-ketch and racing Ideal 18s at the Royal Canadian Yacht Club. In retirement he also enjoyed canoeing in Algonquin Park with his ATC associate Steve Crow.

When Johannsen entered the industry in the 1960s, lightweight foam-cored sandwich construction was still in its infancy. But through his dedication and technical expertise it became the norm for products as diverse as boats, trucks, cars, aircraft, and wind turbines. Johannsen taught the world how to do it properly and successfully. His primary sales philosophy was simply “to tell the truth.” Throughout his career he often seemed to have success in hand, until it was snatched away by others who did not necessarily share his philosophy. But he always bounced back, because he knew how to put together teams of dedicated individuals, who worked tirelessly. To Johannsen, people mattered, whether they were customers or employees, which earned him the respect of competitors and helped him establish friendships with customers that lasted decades. Tom Preisel, sales and marketing manager of Johannsen’s main competitor, Baltek Corp., once said: “He was one of the good guys…as a competitor Tom was the last one I wanted to put out of business.”

Tom is survived by his wife, Karin, who was very much part of the business, and his two children, Christopher and Tania. With Tom Johannsen, an innovator and pioneer in the composites industry left the stage. He will be sadly missed by friends, family, collaborators, and competitors.