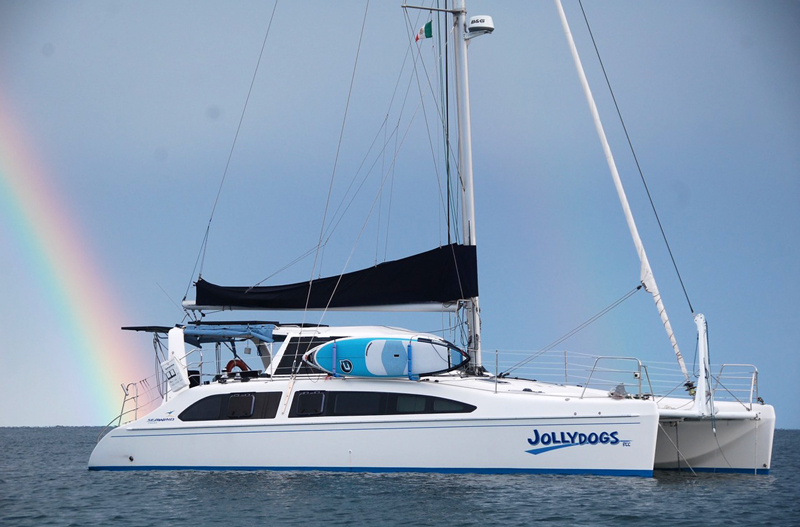 JollyDogs, the Hardesty’s 2008 Seawind 1160 cruising catamaran before it was damaged in a mid-ocean collision with an unknown floating object on the high seas.

Mark and Isabel Hardesty have lived aboard their Seawind 1160, JollyDogs, since 2014 and logged more than 26,000 ocean miles, visiting places in Mexico, French Polynesia, and Hawaii, from where they wanted to return to the U.S. mainland in spring 2021. It was on the last leg of their trip, 1,400 miles northeast of Hawaii and 1,600 miles from their destination on the U.S. mainland, that a mid-ocean collision with an unknown floating object (UFO) occurred, damaging the starboard bow. After making some improvised repairs in mid-ocean (see: “Unbowed,” PBB 198), they patiently nursed their damaged boat to Port Townsend, Wash., to get permanent repairs made, which was a journey in and by itself. here Mark shares some of the lessons he and his wife took away from this incident.