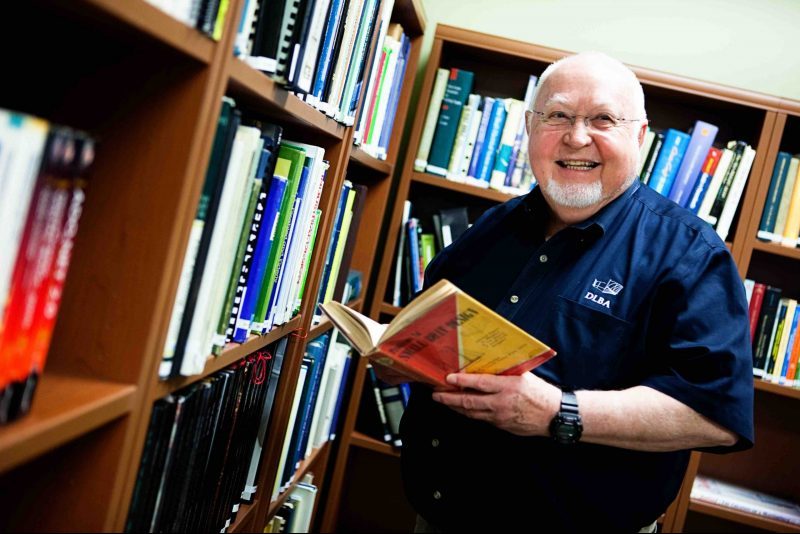 DLBA Naval Architects recently announced the Donald L. Blount Memorial Graduate Scholarship to support advanced studies in high-speed craft hydrodynamics, which is offered through the Society of Naval Architects and Marine Engineers (SNAME). The inaugural award will be made for the 2023-2024 academic year and is open to students worldwide.

The scholarship is named in memory of the late DLBA Naval Architects founder Donald L. Blount (see our obituary in PBB 199). “Donald is dearly missed by all of us at DLBA, as well as the world-wide high-speed craft community,” said Jeffrey Bowles, DLBA Naval Architects director. “Our team intends to march forward with great pride to perpetuate the legacy that he created for the maritime community. This scholarship honors his many personal and professional contributions as an innovator, teacher and mentor.”

Eligible individuals for the Donald L. Blount Memorial Graduate Scholarship must apply through SNAME on or before February 1, 2023, to be considered for the scholarship. Interested applicants may access the electronic form on SNAME’s website and are strongly encouraged to read through SNAME requirements and procedures for graduate and postgraduate scholarships. Leidos and its subsidiaries, Gibbs & Cox and DLBA Naval Architects, provided the funding for the scholarship.

Blount was a remarkable naval architect whose research and engineering innovation in the field of highspeed craft hydrodynamics significantly contributed to the U.S. Navy’s high performance small vessel fleet. Following his career with the U.S. Navy, where he managed the Combatant Craft Department, Blount formed DLBA in 1988. It was established as a naval architecture and marine engineering firm specializing in the technical development of high-performance marine craft consulting services. Their focus related to the design, evaluation, testing and construction management of motor yachts, custom sportfishing boats, production boats, commercial, military and paramilitary vessels.

Blount also was an avid promoter of technology and worked tirelessly to bring new innovations to the waterfront. He was passionate about sharing knowledge, which led him to author over 50 technical publications during his career. The hydrodynamic methodologies he developed for high-performance vessel design and testing have long been accepted as best practices within the field. In 2014, Blount published a book containing much of his extensive research, “Performance by Design: Hydrodynamics for High-Speed Vessels.” His legacy lives on with this publication, which he developed to aid designers with information presented in a format that is easy to understand and use.

The Society of Naval Architects & Marine Engineers (SNAME) recognized Blount’s distinguished career in 2015 by awarding him the David W. Taylor medal for “Notable Achievement in Naval Architecture and/or Marine Engineering.” Also in 2015, he was recognized by The Frank Batten College of Engineering and Technology at Old Dominion University and presented the Outstanding Alumni and Friends Pioneer Award. This is presented to “an outstanding pioneer or innovator in the engineering profession, industry, and/or the local, national and international community.”