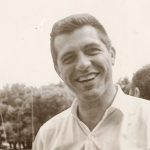 Preeminent and influential yacht designer and builder George Cuthbertson died last October at his home in Toronto, Canada. In 1969 he formed C&C Yachts, a partnership that included his design… Read more » 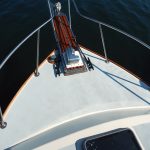 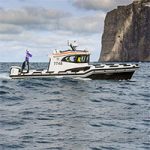 Engineers, designers, and assorted freethinkers abhor the notion implied by the aphorism “There’s nothing new under the sun.” If it were true, technological progress would come to a standstill and… Read more » 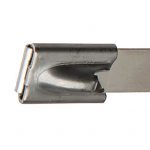 When it comes to stocking inexpensive multi-purpose supplies in your boat or toolbox, cable ties are right up there with duct tape. Nylon cable ties are not only essential for… Read more » 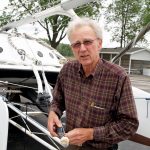 One of the most remarkable and influential people in boatbuilding passed away last August 27 from skin cancer at the age of 78. With brothers Joel and Jan, Meade formed… Read more » 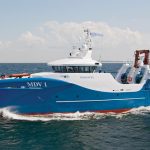 In the workboat sector, much fanfare has surrounded the Dutch-built MDV-1 Immanuel, which possesses attributes that should interest recreational boaters as well. First, the 99‘ x 28‘ (30.2m x 8.6m)… Read more » 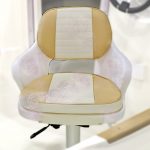 Mystery Solved: The Case of Pink Stain on Vinyl

Ever observe faint pink discoloration of white vinyl boat cushions and wonder what it is? It’s right up there with wanting an explanation for the “green flash” that sometimes occurs… Read more » 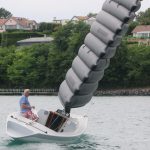 Just when you think there’s nothing new under the sun, some engineer finds a new way to build a mousetrap—not necessarily better but undeniably different. May we present: the Inflated… Read more » 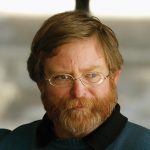 Yacht designer Doug Peterson’s name was far more often associated with winning races than losing. He worked on several successful America’s Cup campaigns, so it is ironic that the day… Read more » 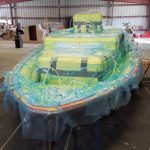 Ocean 1 Yachts Tender as Fast as a Foiler