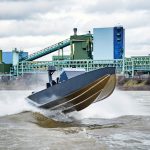 A Matter of Precision – Variable Deadrise and Longitudinal Steps

Chris Salomone, Ben Uyeda, and Mike Montgomery like to make things—anything. They like to think outside the box and encourage others to do so. Salomone describes himself as a “husband,… Read more » 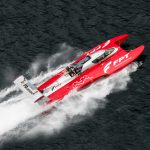 Last we visited with famed Italian powerboat designer, builder, and racer Fabio Buzzi was in 2016, when we published a Design Brief of his SAR 60 (18.3m), developed to help… Read more » 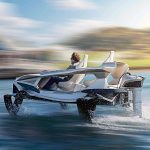 Foiling Part 2: From Niche to Market

When we started to discuss a story about foiling powerboats, we’d heard about scattered projects that were developing boats of this kind, consulting with designers who had become household names… Read more »