By Aaron Porter | category: Design, Drawing Board | No Comments 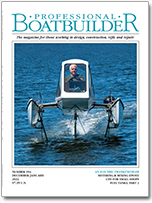